We know that the sun is crucial for life on Earth and that without it, we will not be able to survive.  We also know that the sun plays a vital role in keeping the other planets and celestial bodies in orbit.  If the sun is this important to us, do all solar systems need a star?

Why Do Solar Systems Need a Star?

For the Milky Way, that gravitational pull is the sun. And other than sustaining life on this planet, it also helps to keep other planets from flying out of orbit.

FUN FACT: Wandering planets outside of our planetary system are called exoplanets, and these planets tend to travel at incredible speeds of up to 380 million kilometres per hour!

For something to be called a solar system, it has to have at least two planets and a star, but there are stars that we know of that have only one planet orbiting it and others who do not have a planet.

How Did our Solar System Come to Be?

About 4.6 billion years ago, there was nothing in our solar system, but clouds of dust called the Nebula.  A Supernova explosion took place near our solar system, disrupting the Nebula. The Nebula was flattened into a plate because of gravity, and in the center of that plate, billions of molecules moved around and bumped into each other.

Over a long time, hydrogen atoms fused with helium atoms creating a lot of energy.  In that array of energy, our son was born.  The Sun consumed 99% of everything in the cloud; the other 1% is where the rest of the solar system comes from.

Because of the sun’s gravity, the leftover 1% that was left started to fuse. These masses of bodies bumped into each other and formed bigger and bigger masses. The masses formed into spheres, becoming planets and dwarf planets.

Another couple of million years later, we have what we now call the Milky Way. Our solar system has what is called the Asteroid Belt, where pieces of the earliest creations of our solar system exist. These asteroids will, upon examination, give us a lot of information about how our solar system came to be. They are very far away from our planet, and we cannot examine them at this time.

NASA has found one asteroid close enough for us to examine, and efforts to investigate are underway. The asteroid that they are studying is called Bennu, and it is believed to be one of the oldest asteroids in our solar system.

We can examine Bennu because it has been wandering through space and is now finally close enough to Earth for our technology to reach it.  As we examine it, we hope to find out more about how the solar system evolved and why it evolved the way that it did.

Are There Other Solar Systems?

We are only just starting to discover the secrets of our solar system, with many discoveries made every day.  We know that there are billions of stars out there and there and that a solar system needs a start to exist.

These solar systems are too far away for us to get a clear understanding of them, and they were mostly discovered using a method called photometry.  In this method, scientist measures the brightness of a star, when the star becomes less bright they calculate the time it takes for the star to get back to its original brightness.

It is shadowed from planets orbiting the star that causes the brightness to become dimmer.  By calculating the time that passes, scientists can decide how far the planet is from the start and how big the planet is.

When Will Our Sun Die & What Will Happen When it Does?

Technically a star does not die; it just changes into something else. Our star, the sun, has an average lifespan of about 9 to 10 billion years. We know from studies done that it has been in existence for about 4.5 billion years. So, in theory, we have about 5.5 billion years left before the sun dies.

Our sun has been kept stable by two forces:

This creates the balance that keeps our sun alive.

If our sun reaches that phase, it will expand to where Mercury and Venus, and Earth are now. This will consume the planets, and the Earth along with the life on it will not be able to survive.

Ultimately the Sun will not have enough fuel to sustain itself, and gravity will shrink it down to a small fraction of its size. It will no longer be big enough to be our Sun, and it will also not be bright enough for us to see it.

It gets turned into a White Dwarf, which is dense and has a strong gravitational pull, but it will not sustain life on our planet.

We have another 4.5 to 5.5 billion years left before that will happen, and hopefully, by then, our technology will make it possible for us to have found other inhabitable planets.

It is not possible for a solar system to exist without a star. The sun is the single most important thing in our solar system because it is responsible for sustaining life on Earth and keeping our planets in orbit.

After all the years of research that we have done, we are only now starting to discover how the universe works, and there are discoveries made every day; who knows what we will still find.

Here some more of my articles about stars: 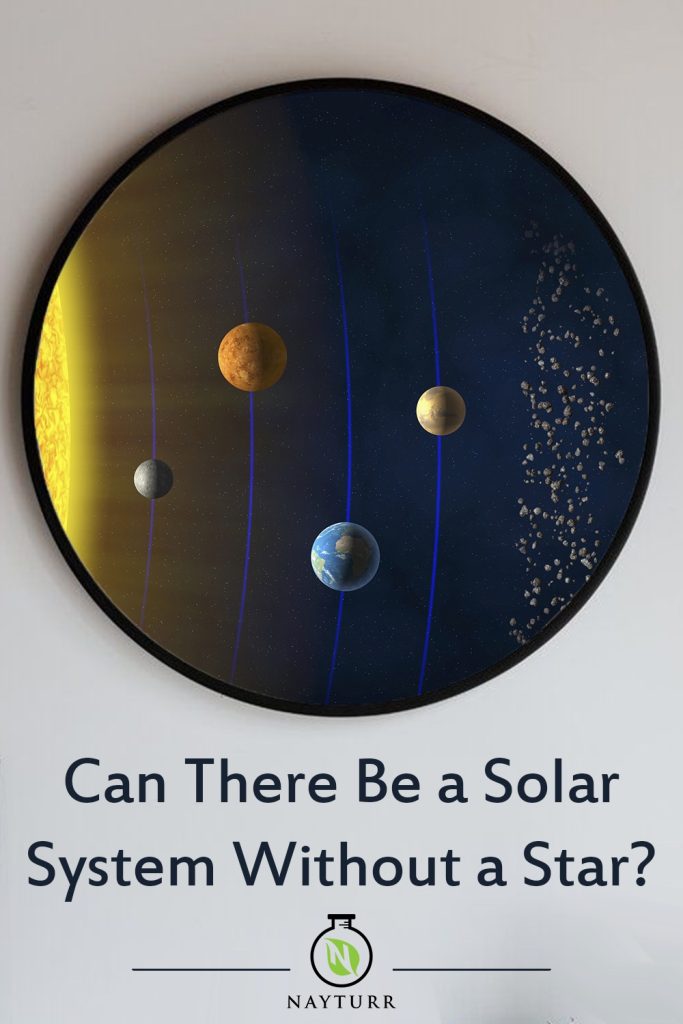