There are millions of stars that surround our planet; they are tiny twinkling lights that can be seen in our night sky. It is beautiful looking up into the night sky in a deserted area where you can see millions of stars making up the Milky Way, as well as planets and satellites.

A star is not a planet, but it can transform into one. Stars are celestial objects that are much bigger than planets, and unlike planets, they emit their own light caused by a chemical reaction. Stars also move differently in the solar system, and they have different colors than planets.

It can be challenging to point out a star and a planet in the night sky unless you know what to look for. There are many differences between stars and planets that can help us tell them apart. An interesting fact is that there is a particular star that can transform itself into a planet.

What Is The Difference Between a Star and a Planet?

Before deciding whether you are pointing at a star or a planet, you will first need to understand the similarities and differences.

What is A Star And A Planet?

A star is an astronomical object that produces and emits its own light caused by a chemical reaction that happens at its core. A planet is also an astronomical object; although it does not emit its own light instead, it reflects the light of a star it orbits in its solar system. When looking into the night sky, the glow you see coming off a planet is from a star known as the sun.

Learn about How Planets are Formed in my article here. Or learn about If Planets can Become Stars.

Stars are exploding balls of gas that look like they are constantly on fire; the gas it is made up of is mainly hydrogen and helium. They are formed due to gravitational collapse when dust and gasses come together.  It can take a few million to 10 million years for a star to develop, which is similar to the amount of time it would take for a planet to form.

The life span of a star is dependent on its size. A star that is a similar size to our sun can live for about 10 billion years, whereas a star that is 20 times the weight will live around 10 million years. A planet’s life span is longer than a star unless destroyed.

The Difference in Size of a Star and a Planet

Stars are much larger than planets; they may look the same size or smaller in the night sky because they are much further away. The brightness and size of a star is dependent on how close it is to Earth. The nearest star to our planet is the sun, which is over 100 times bigger than the average size of all the planets in our solar system. Some stars are 100 times our sun’s size, showing us that stars are much larger than planets.

How to Tell the Difference by the Way they Twinkle

As a star’s light moves through the layers in our atmosphere, it becomes distorted and bent, causing it to twinkle. The planets in our solar system are closer to Earth than the stars; there are about five planets that we can see from Earth. The light we see is the light that the sun reflects off them, making them look brighter than the stars.

How Can you tell the Difference by the Way they Move?

The Colors of Stars and Planets

The color of stars and planets differ; they both come in many different colors. The color of stars is dependent on how hot they are and their age. A planet’s color is influenced by what they are made of and how their atmosphere and surface absorbs and reflects the sun’s light.

Since a star is a ball of exploding gas, which looks like a ball of fire, think of the colors that make up a fire. The fire’s hottest point has a blue color, while the cooler part of it is more of an orange-red color. Stars with the coolest temperature will be red, warmer ones will be orange to yellow and white color, and the hottest stars will be blue. When a star gets older, it will produce different chemicals that burn at different temperatures, which can determine a star’s age.

The color of the planets visible from Earth can be seen well with a telescope, although if you know where in the sky to look and what to look for, you can find them with the naked eye. Planets are made from different materials, and their atmospheres are made of various gasses.

Can a Star Transform into a Planet?

Stars can cause the formation of planets around them; this happens from the dust particles made up of carbon and iron surrounding the star. These dust particles then collide with each other in the star’s disk, forming larger objects which become the foundation of a planet, which happens over an extended period. This is how most planets are created.

A star is not a planet, but it can transform into one; this can only happen with a star known as a brown dwarf. To some scientists, a brown dwarf is not considered a true star because its mass is not large enough to burn the nuclear fusion of regular hydrogen. It is also not considered a true planet to some scientists because, like a star, it generally sits in the center of the solar system.

The reason the brown dwarf a star that transforms into a planet is that it will glow like an ordinary star when it is young. As it ages, it will use up its hydrogen; it will go dark and cool down, becoming a planet.

The solar system is so extensive and interesting. A lot of it has been discovered, but there is so much more to learn at the same time. As technology develops, we can discover more of what is in space and how everything is formed.

Can a solar system exist without a star? Check out my article here to find out!

The way stars and planets are created is so fascinating. Stars influence the formation of planets in our solar system. If astronomy interests you, then the above information will be valuable to you as it will enable you to identify what is and isn’t a star in the night sky. A few of the planets in our solar system can be seen by the naked eye or with a telescope; if you are unsure, you can find out where they usually sit in the sky. Some stars in the sky have names, but there are still so many without. Through Star-Name-Registry, you can buy and name your own star. 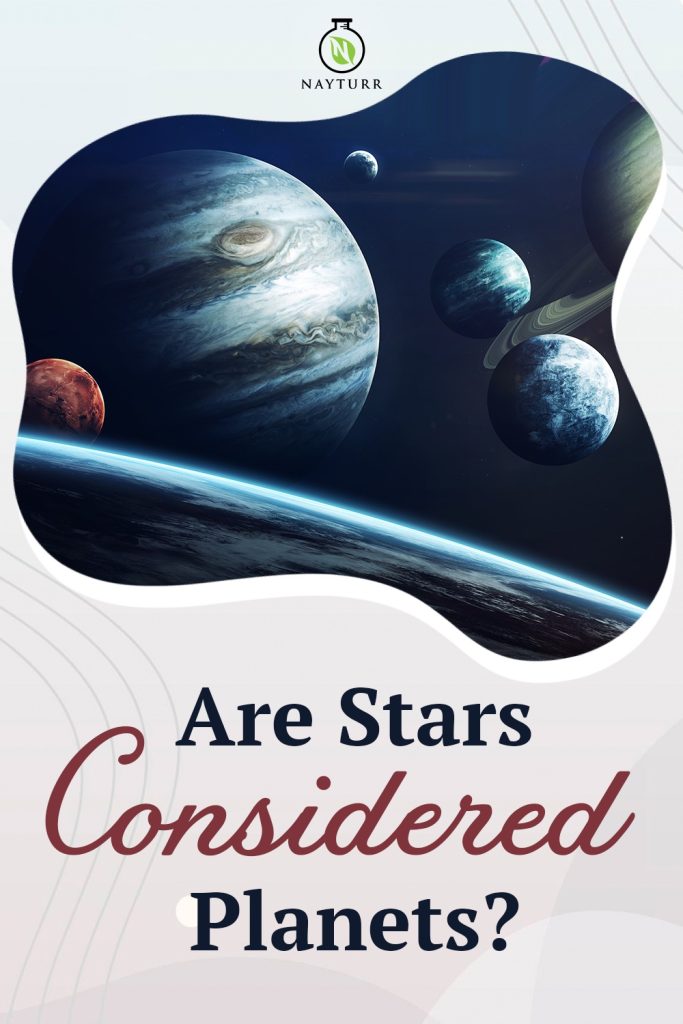