Neurons are nerve cells that make up our nervous system. Unlike other cells, neurons are highly specialized to transmit information throughout our bodies.

We have 100 billion of these specialized nerve cells in our brain which is as many as the stars in the Milky Way. The ways to which they transmit the information, however, transcend the numbers of stars in the Universe.

Neurons vary in diameters from a range of 4 to 100 microns. They grow at a rate of 250,000 neurons/minute in utero but stop reproducing after birth. Know more about these nerve cells by getting to know its main types.

Interneurons consist of a large class of neurons that are found throughout the human body. Interneurons enable communication between sensory, or motor neurons, and the central nervous system.

They do this by creating neural circuits, which are groups of neurons that are interconnected by synapses and which carry out specific functions whenever they are activated. Interneurons function in reflexes, neuronal oscillations, and neurogenesis in adult brains of mammals.

There are two types of interneurons:

When you think of certain functions, including decision making and learning, they are only possible because of the interaction between these interneurons, which allows the brain to perform these complex functions.

Following is a good way to think of interneurons. When you receive any type of physical shock, your body forms a reaction. The interneurons are responsible for this reaction, because they receive information from sensory neurons and send that data back to the motor neurons, which are the neurons that tell your body to respond to the shock.

In other words, interneurons are the link between motor neurons and sensory neurons, and they allow you to respond to stimuli or sensory input.

In other words, interneurons are middlemen neurons that are set between motor neurons and sensory neurons. The latter two neurons cannot communicate with one another without the interneurons sending messages back and forth between them.

Interneurons are located in the brain and spinal cord, but motor neurons and sensory neurons can be found all throughout your body.

If you get hit on the arm hard enough, it will hurt. In this instance, your sensory neurons send that feeling from the spinal cord to the brain, while the interneurons decide what to do about it.

They communicate their plan to the motor neurons, and they travel through your body to where the pain is and let you know about it so you can decide what to do next. If you decide to smack that person back, the motor neurons allow you to do this.

Neurons are also called nerve cells, and they are specialized cells whose main function is the transmission of various nerve impulses. Their cellular processes include dendrites and axons.

Dendrites are shorter processes located in a neuron’s cell body, and they are the processes that receive inputs from other neurons so that they can conduct the signals going to that cell body.

On the other hand, axons are longer and involve the singular process of relaying signals towards the tip – also called a synaptic terminal. In the brain of a human, there are over 100-billion interneurons, and one example of them is known as the Golgi cell, which is located in the cerebellum.

Integration is the official term that involves the process of the interneurons providing communication between the sensory and motor neurons so that some action can result.

Interneurons are also known by the following names:

Also called motoneurons, this is a neuron with a cell body that is located in the brainstem, motor cortex, or the spinal cord of the body. Its axon, or fiber, projects to either the spinal cord or outside of the spinal cord in order to directly or even indirectly control effector organs; in other words, glands and muscles.

A single motor neuron can innervate many different muscle fibers, and any muscle fiber might undergo many action potentials in the short amount of time it takes for your muscle to twitch. When you think of the neurons doing their jobs, those jobs are completed in a very, very short period of time.

Muscles are usually stimulated repetitively so that the timing is just right, and for example, if that muscle twitch superimposes on another muscle twitch, several individual twitches can feel like one long twitch instead.

Motor columns of the spinal cord include:

The lower motor neurons start in the spinal cord and directly or indirectly innervate (supply an organ or body part with nerves) effector targets, meaning the glands and muscles. Their target varies somewhat, but the target is always some sort of muscle fiber in the somatic nervous system. There are three main categories of lower motor neurons, which are:

Upper motor neurons start in the motor cortex (part of the cerebral cortex located in the frontal lobe), which is located in the precentral gyrus. The cells in the primary motor cortex are Betz cells, which are giant neurons found in the gray matter of the brain, and they are a type of pyramidal cell.

In these cells, the axons descend from the cortex and form the corticospinal tract, which is located in the brain’s white matter and controls the limbs and the trunk.

Sensory neurons are nerve cells that are located within the nervous system and which are responsible for converting external stimuli from the environment of the organism into electrical impulses that are internal.

This process is part of functions that include muscle contractions and even involuntary behaviors such as pain avoidance. These reflex circuits are usually found in the spinal cord in humans.

Also known as afferent neurons, sensory neurons convert a particular type of stimulus into action potentials or graded potentials via their receptors. The process is called sensory transduction.

The sensory neurons’ cell bodies are located in a part of the spinal cord known as the dorsal ganglia. Sensory information travels throughout the sensory nerve via afferent nerve fibers, which are nerve fibers that arrive at a particular region, not exit the region.

The different types and functions of sensory neurons include:

The sensory system has some interesting quirks, including:

Made up of the brain and spinal cord, the CNS is all nerve that is encased in bone.

This is a part of the autonomic nervous system that relaxes us. If you eat an unusually large supper, you are tired, the blood hangs out in your stomach, and your pupils constrict, so life is good at least for the moment. This is the parasympathetic nervous system at work.

This nervous system does the opposite of the parasympathetic system. If you get nervous, upset, or even anxious, the sympathetic nervous system goes into action. It speeds up your heart rate, moves a lot of your blood into your arms and legs and away from your stomach, and dilates your pupils.

The body thinks that when you are in a state of stress, there is a possibility that you could die, so it gets ready to either fight or runs. This is known as the fight or flight response, and it is what the sympathetic nervous system does best.

Fun Facts about the Nervous System

Autonomic Nervous System: A part of the peripheral nervous system, it supplies neural connections to the glands and the smooth muscles of internal organs. Divided into the sympathetic and parasympathetic nervous systems, some experts consider the enteric system to be the third division.

Axon: The extension from a cell that carries nerve impulses from the body of the cell to other neurons.

Central Nervous System (CNS): The nervous system made up of the brain and the spinal cord.

Cerebellum: Located in the back of the brain, it controls basic movement, balance, and even posture.

Dendrite: One extension of a cell body which is made up of a neuron’s reception surfaces.

Gyrus: The raised portion of the convoluted surface of the brain.

Hypothalamus: Primarily involved in functions related to emotion, hunger, thirst, and control of the pituitary gland.

Motor Cortex: This is a section of the cerebral cortex, and it sends impulses to motor neurons. It is also involved in the coordination of movement and is located in the frontal lobe of the brain.

Myelin: The fatty insulation found surrounding the axon, it improves the speed of conduction of the nerve’s impulses.

Neurotransmitter: A neurotransmitter is a chemical substance that is released at synapses which transmits information to the next neuron.

Parasympathetic Nervous System: One of two systems that make up the autonomic nervous system. Slows your heartbeat, constricts your airways, stimulates digestion, and constricts pupils, as well as other activities, for people in a relaxed state.

Primary Motor Cortex: This is the area that initiates voluntary movement.

Sympathetic Nervous System: One of two systems that make up the autonomic nervous system. It responds to stress or fear and causes dilated pupils, relaxed airways, accelerated heartbeats, and inhibited salivation, among others.

Synapse: The synapse is the area between one neuron and the next one. Neurotransmitters pass through them and transmit neural messages. 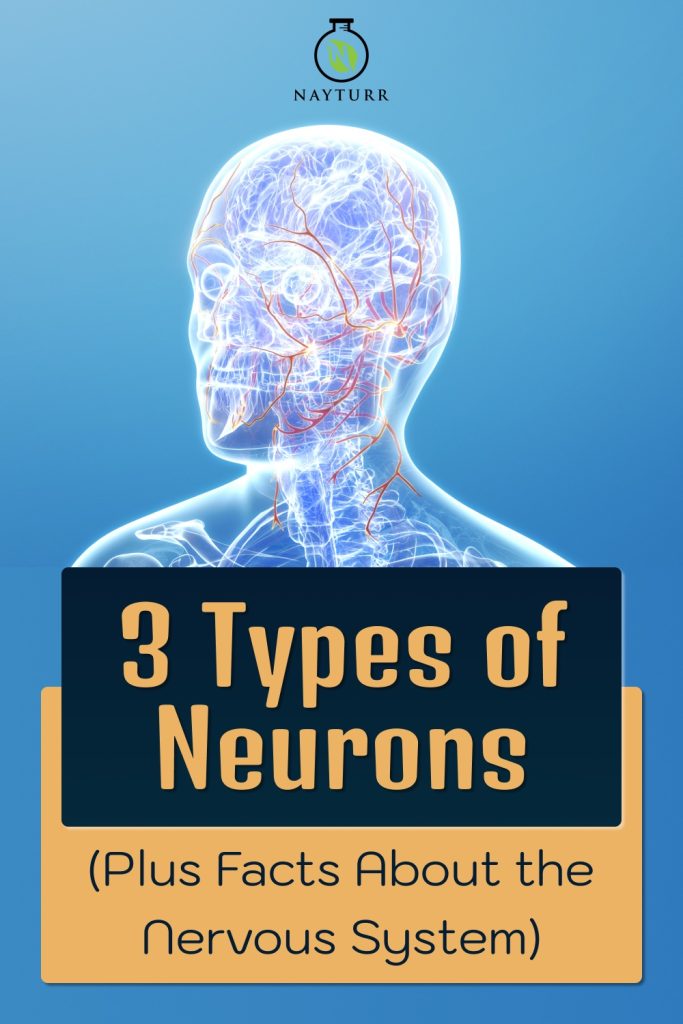