A mathematical function has a discontinuity if it has a value or point that is undefined or discontinuous. Discontinuity is of utmost importance in mathematics. If you’re studying algebra, you might be required to identify the point of discontinuity in the equation.

We’ll help you figure it out by identifying the different types of discontinuity and outlining basic facts about it.

Whenever an asymptote exists, asymptotic discontinuities occur. The asymptote of a curve in analytical geometry is a line whereby the distance between the line and the curve nears zero as both of them tend to infinity.

Although at one time some sources included the requirement that the curve cannot cross the line infinitely very often, most modern authors do not subscribe to this.

If you view a graph and find it approaching a point but not exactly touching that point, this is an example of asymptotic discontinuity.

Furthermore, the other side of the graph has the same thing happening to it because from both sides, you never actually see the graph touch the point. This is in essence why there is a discontinuity in the graph in the first place.

As a general rule, these asymptotes exist when the function approaches infinity at a specific value of y or x. If the function has values on an asymptote’s two sides, the connection is not possible, which means that it has to have a discontinuity at the asymptote.

Always look for asymptotes at points that have a zero denominator because the value’s function is very large when the denominator gets close to zero because it becomes very small.

If a function is described to have a closed endpoint on its interval, it is called an endpoint discontinuity. The limit cannot exist at the endpoint, however, because the limit needs to view function values as xx approaches from both of its sizes. In other words, considering finding limx→0x−−√limx→0x (see the following graph).

In the above example, x=0x=0 is the left endpoint of the domain’s functions; i.e., [0,∞)[0,∞), and technically, the function isn’t continuous at that point because the limit doesn’t really exist. This is because xx cannot approach from the two sides.

One more thing: the function is right-hand continuous at the x=0x=0 so there are no jumps or holes at the endpoint.

Also called essential discontinuity, this occurs when you look at the domain of function and at some point, both the upper and lower limits or just one of them do not exist.

The univariate real-valued function f=f(x) is thought to have an infinite discontinuity at its domain point x0 if either or both of the upper and lower limits of f fail to exist as x tends to x0 .

The figure above is an example of the piecewise function,

a function for which both

Similar to point discontinuities, jump discontinuities exist when entire portions of the curve jump instead of a normal curve having a single-point “jumping” action.

When the function has finite but unequal limits, the points from the left and from the right are approached by the independent variable. Jump discontinuities occur when the function starts to jump between the different points in the graph.

Don’t confuse jump discontinuity with situations whereby the term “jump” is meant to describe any type of functional discontinuity as they are two separate things.

The figure above is a good example of a function with a jump discontinuity at some point in its domain.

You can generalize the definition above and include jump discontinuities in real-valued multivariate functions too. As an example, the function displayed in this figure demonstrates the piecewise function,

a monotone function in each x and y separately and includes jump discontinuity on the entire line x+y=1.

When you consider this graph:

In certain unique cases when the function diverges to or minus infinity, the oscillation will not be defined; in real numbers that are extended, this is called a removable discontinuity.

The point of discontinuity is there because both the numerator and denominator are zero. If you wish to find the value, simply plug in the simplified final equation.

Removable discontinuities are removed one of two ways: either by defining a blip in the function or by a function that has a common factor or hole in both its denominator and numerator.

For a univariate, real-valued function f = f (x) to have a removable discontinuity at a point x0 in its domain, both f(x0) and

have to exist while

. The reason why removable discontinuities are called this is because you can “remove” this discontinuity point by defining an identical function F = F (x) of the form,

which is necessarily everywhere – continuous.

The figure above demonstrates the piecewise function,

a function for which

The Basics of Discontinuation

There are many properties that are specific to functions that are discontinuous and two of the most important ones include:

How to Tell If a Function Is Continuous or Discontinuous

If the bottom term cancels and the function factors, the discontinuity found at the x-value for which zero was that the denominator is removable, which means that the graph shows a hole in it. An example of a function that factors is demonstrated below:

If the term doesn’t cancel, the discontinuity located at this x-value that corresponds to this term for which zero is the denominator and is non-removable; the graph will have a vertical asymptote.

The following function factors this way: 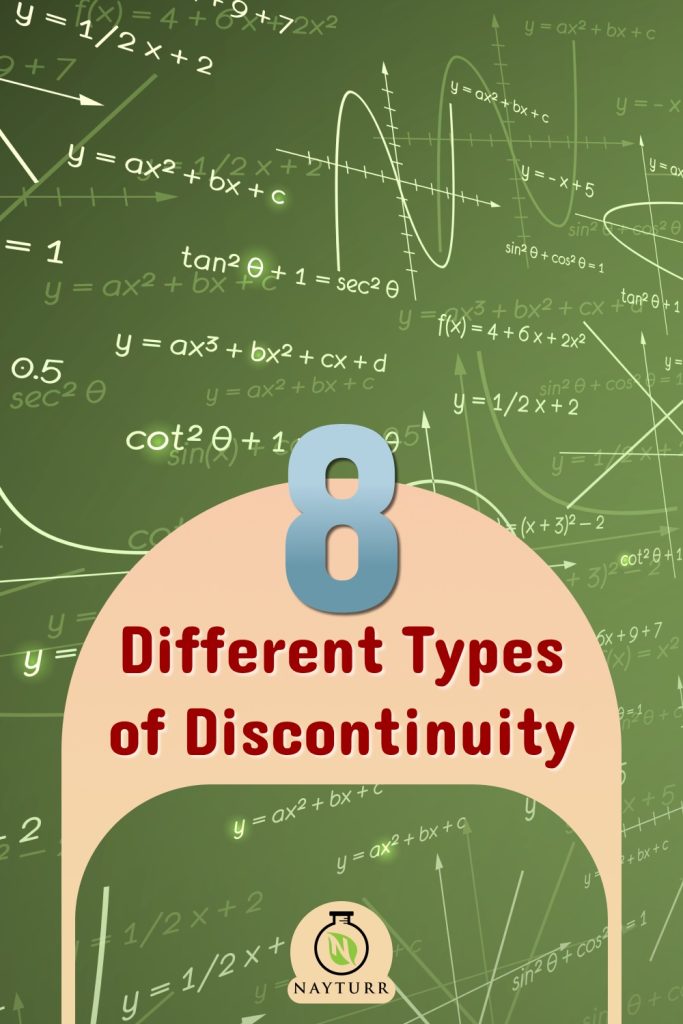