Fig trees were first cultivated in western Asia and the eastern Mediterranean more than 5,000 years ago. These trees are drought-tolerant, simple to propagate, and produces two fruit crops each year.

While it can grow to a height of 15 to 30 feet tall, these trees take well to pruning and can be grown in a container to limit its height to 10 feet.

Fig trees have been mentioned many times in the Bible to symbolize Israel or people without faith. When Adam and Eve realized they were naked, they used fig leaves to cover themselves.

Buddha also gained his enlightenment while sitting under a fig tree. In Africa, women of the Kikuya culture put fig tree sap on their bodies because of their belief in the tree’s fruitfulness.

Because of its high sugar content, this type of fig is frequently used for drying and in fig pastes and fig bars. It comes from the Mediterranean region, and when it’s fresh the skin is light green in color, with pale pink flesh.

The tree of Adriatic figs is self-pollinating, and the fruit itself is thin-skinned with a pulp that is sweet and tasty. They can withstand a variety of weather conditions and they ripen in June, usually from the previous year’s growth, as well as in August on the current year’s growth.

Ripening late in the season, Alma figs have a very rich flavor, although they are not exactly the most attractive fruit you’ll ever see. A relatively new variety, it has only been around since 1974, and it is very tasty.

It is perfect for eating fresh and for canning, and they sometimes develop dark spots on their skins as they are developing, reminding some people of a bacterial infection.

Alma figs have medium-sized fruit, small seeds, and a light yellow skin. The trees are sensitive to frost and therefore, they shouldn’t be grown more than 200 miles from the Gulf of Mexico.

These figs are named after the mission fathers who introduced the fruit, and they have a dark purple skin which turns to black when it’s dried. It also has pink flesh and it originated in California.

The Black Mission figs are a very high-quality fruit, and like some other fig trees, it produces its fruit twice a year. It is a medium-sized fruit with skin that sometimes cracks when it ripens. It grows to be quite big, and it lives for a very long time.

The Brown Turkey fig has a deep purple skin and red flesh. They are sold both dried and fresh, and they grow their fruit in late spring and again in late summer.

They have very hardy roots and require only light pruning once a year. They also get up to 25 feet wide and high, and they are most prized for their fruit and foliage, not their blooms.

These types of figs do not bear any edible fruit, because they only produce male flowers and are there to pollinate the female fig tree. It is also known as Ficus carica, and it is a wild fig that grows in southwestern Asia and southern Europe.

The caprifig is pear-shaped and has numerous small flowers, which later turn into inedible multiple fruits. Male caprifigs are not juicy and plump on the inside, but rather they seem semi-hollow. They ripen three times a year – fall, summer, and spring – and they have very thick skin.

The Celeste fig tree is one of the hardiest fig trees available, and they can even handle temperatures of 15 below Fahrenheit. They can get up to 15 feet high, and they have to be planted in soil that drains well because it does not do well when it’s soggy.

Celeste figs are so sweet that they are often referred to as “sugar figs,” and they have skin that is light brown to violet in color and flesh that is a bright strawberry-red color.

In the Southeastern United States especially, this is one of the most popular types of fig trees, and its tolerance to both cold and heat is one of the reasons why.

Common fig trees are those usually found in homes, and they do not need another tree to pollinate.

In fact, Common figs are also not susceptible to insects that cause them to rot because they don’t need any type of opening, which also means that rainwater cannot enter the fruit, thereby keeping them healthier for a longer period of time.

With a greenish-yellow skin and purple flesh, Kadota fig trees are a favorite among people who love to make fig preserves. The figs are almost entirely seedless, and when dried they are a light golden color. The tree does well in cold weather, and it grows best in zones five and six.

It is also a very attractive tree, and it is very adaptable if the tree is sheltered. It is grown by both home and commercial growers, and it only requires light annual pruning. It can also get up to 30 feet high and 30 feet wide, so it is quite large.

Purple Genca figs are also called Black Spanish or Black Genoa figs, and they are large, purple in color, and have very sweet and red flesh. They are self-fertilizing and are perfect when eaten fresh or dried and when making jam.

The tree can get up to 13 feet high and they enjoy medium growth and plenty of fruit and foliage. It is also a popular tree for both home growers and commercial growers, and it can be pruned to around six feet in height.

San Pedro figs actually bear two different crops each season. The first one is on mature, leafless wood and doesn’t require pollination. Called the Breba crop, this is the first crop for the San Pedro figs.

The second one is borne on new wood that has to have pollination by a male flower. This crop occurs later in the season and if pollination doesn’t occur, the fruit simply falls off of the tree before it is developed fully.

Smyrna figs only bear female flowers, and they must be pollinated by a caprifig. It is also called the Calimyrna fig, with the only difference being where they are grown. Both Calimyrna and Smyrna figs are high in fiber, soft in texture, and have an amazing taste that people love.

They are perfect for a quick, healthy snack. If these figs aren’t pollinated, the fruit simply drops out of the trees before they finish developing, which is why growers will often place baskets of caprifigs near their Smyrna trees. This measure, especially if they include the fig wasps that the caprifigs are hosting, guarantee that pollination will occur.

When fresh, Smyrna figs are a yellowish-green color, and when they are dried they have a soft, golden skin and a flavor similar to nuts, which is one of the reasons they are so popular for people wanting a dried fig.

Currently, there are roughly 700 varieties of fig trees, mostly grown in areas that do not get too cold.

Not All of Them Are Trees

In addition to trees, figs can grow on shrubs, vines, and even epiphytes. They can also grow as a potted plant because as a general rule they are an easy plant to grow.

A lot of rainforests contain fig trees, and their fruit is used to feed thousands of types of animals, including monkeys, birds, and even bats. They even produce their fruit all year long.

Almost every fig tree is pollinated by its own fig wasp. This is an exciting example of co-evolution.

If you puree figs, you can use them as a source of fat when you’re baking, making the final product a lot healthier to eat.

It’s All Found in California

Of all of the figs produced every year in the United States, 100% of the dried figs and 98% of the fresh figs come from California.

The Garden of Eden

Many experts feel that it was figs, not apples, which were found in the Garden of Eden in the bible.

Not surprisingly, figs offer a lot of health benefits. They contain a lot of calcium and fiber, not to mention numerous vitamins and minerals. They also contain numerous antioxidants, and centuries ago they were thought to increase fertility and abundance.

Figs have also been used to reduce the urge to smoke, as a substitute for coffee, and to soothe insect bites, among other benefits.

Some types of fig trees have very deep roots, with some of them having roots that get down to 400 feet below the ground.

We also have plenty of information about bonsai trees. Check out “5 Species that make Great Indoor Bonsai” 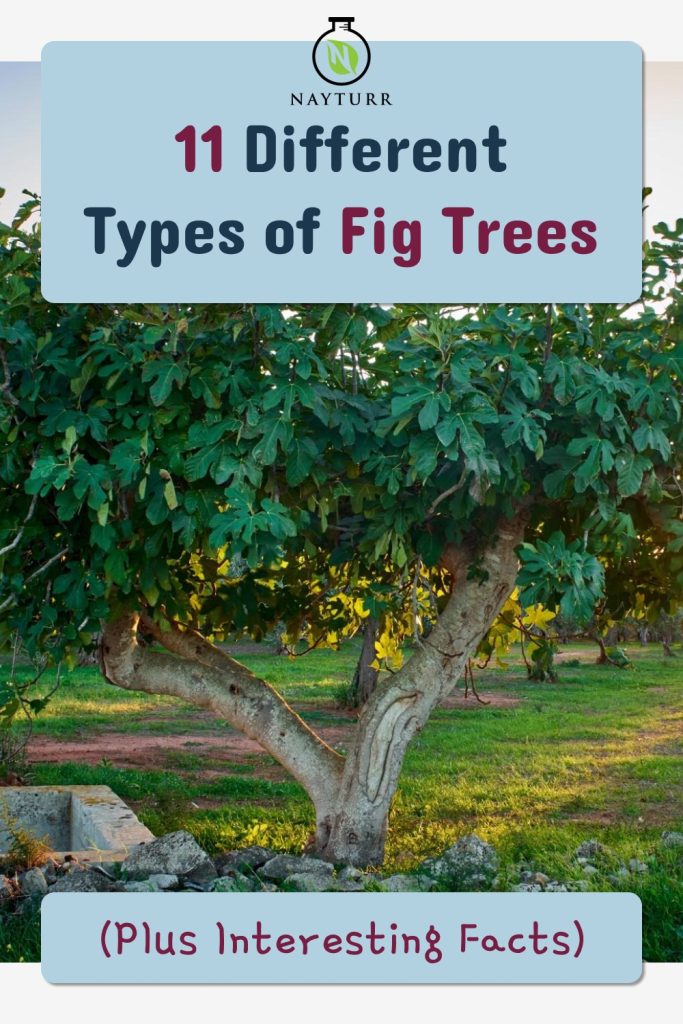