Amphibians cover a fraction of the animal kingdom species and are often confused with other animals and organisms with similar traits. A question that comes up when talking about amphibians is whether they can live on both land and water.

Amphibians live and prosper in both water and on land. While some animals mimic this behavior, they are not regarded as amphibious due to the lack of specific organic, biological and physical differences. The most common mistake is to classify semi-aquatic mammals as amphibious, like hippopotami, otters, beavers, and platypi.

Differentiating between the animals that live on both land and in water can be a little confusing. Below, we’ll find out what exactly classifies an animal as an amphibian, how to correctly identify these Amphibia, and what other species mimic amphibians but do not belong to the same family.

What Classifies an Animal as Amphibious?

There are definitive telltale signs and distinctions which will inform you if an animal is truly amphibious. One is that they are biologically cold-blooded. However, there are many cold-blooded animals that are not considered amphibious and do not even like water, for that matter. For this reason, we will discuss and explain the distinctions and biological factors that an organism has to adhere to for it to be classified as amphibious.

There are three main different types of amphibians. The Anura or Salientia class includes frogs and toads, the biggest group of amphibians.

Apoda is the smallest order of amphibians. They are the exception to some of the biological and physiological features typically associated with amphibians in general. These amphibians do not develop limbs and resemble worms. They are found in many wet tropical regions such as Southeast Asia, India, Bangladesh,  West and East Africa, Central America, and South America.

They primarily live in the ground or the substrates of streams. Because they burrow into the ground, they have strong skulls with elongated snouts. Some species are viviparous, which means they give birth to already developed offspring.

Urodela is the class to which newts and salamanders belong. They have tails, as we mentioned before, and they generally have fewer bones in their skulls. They also have the fantastic ability to regenerate any limb.

As we mentioned before, people tend to mistake semi-aquatic animals for amphibians. This happens because these animals mimic and share some biological features with amphibians. Below we will list the differences between them and which animals are often mistaken for as amphibians.

Semi-aquatic is an inclusive term for animals and organisms that spend parts of their lives in water and on land, just like amphibians. However, they are not limited to vertebrates alone.

All amphibians are coldblooded and can live on land and in water. However, they are defined by much more than these facts. The easiest way to determine if an animal is amphibious is to observe whether they are: carnivorous, four-legged vertebrates that are coldblooded, go through metamorphosis, have primitive lungs, live on both land and in water, and that have their eggs externally fertilized. 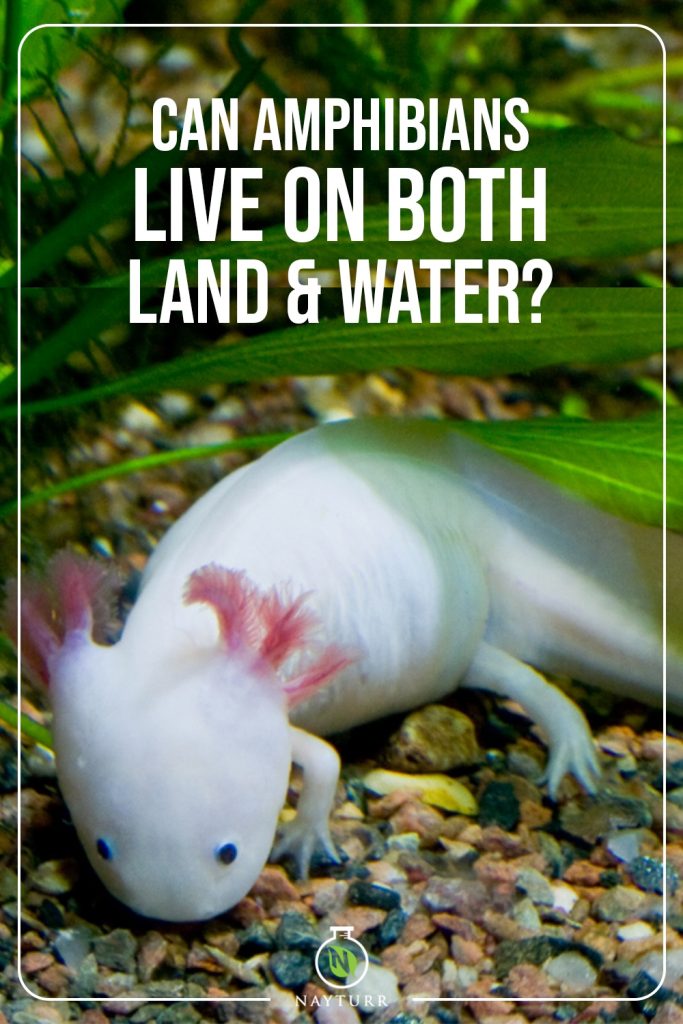