Birds and bats are fascinating creatures; bats may look similar to birds because they can both fly, but they are very different. Many years ago, people used to think birds and bats were related, except that bats have fur instead of feathers. But as more research was done on these animals, they realized that they are vastly different and there is no relation at all.

Birds and bats are different; bats are mammals, and birds are aves. They both have different body structures and flying techniques. Bats and birds reproduce and breathe differently. Their vision is also different; birds have normal vision using light while bats use echolocation to see objects.

Some birds share a few more similarities to bats, but they are still very different. It is interesting to know what characteristics of these two animals make them different and similar. Both bats and birds are significant for our ecosystems to function correctly; they are also beneficial to humans.

What Are The Differences Between Birds And Bats?

It is not very common to confuse a bat and a bird, except when they are flying at a distance in the sky as nightfall is approaching. The many differences between birds and bats include where they fit in the animal kingdom, their body structure, how they fly, how they reproduce, and many more.

There are about 1200 species of bats in the world which makes up 20% of mammal species. Birds can be found in all ecosystems around the world, from the Arctic all the way to Antarctica.

What Animal Classes Do They Fall Under?

Birds and bats fall into two different animal classification groups; they are both the world’s only vertebrate fliers. Although they are both vertebrates, they are in different classes; birds are aves, and bats are mammals; bats are the only mammals on earth that can fly.

What Are The Differences In Their Body Structures?

Birds and bats’ have many different structural aspects and characteristics on their bodies, making them different. Bats are covered in fur, and they have jawbones with small sharp teeth, whereas birds have feathers and beaks with no teeth. Birds vary in many sizes ranging from as small as the bee hummingbird, which is 2 inches (5cm) tall, to the ostrich, which is 9 feet (2.75m) tall.

Birds and bats have different skeleton formations; bird’s bones are hollow with air pockets, which are still dense and have evolved to be strong and stiff. Bats have solid and stiff bones; their bones’ shape is rounder compared to birds making them stronger. A bird’s ears are found internally, while a bat’s ears are external to its body.

The Difference In Reproduction Of Birds And Bats

Just like all mammals, bats give birth to live young, which develop inside their mother’s uterus. Once born, the baby bat feed on the milk their mother produces from their mammary glands inside their breasts. Birds are different as they lay eggs that then hatch when they are ready; the chick will develop inside the egg once it has been laid. Once fully developed, the chick with hatch from the egg, and the mother will feed their babies from the food they forage.

How Do They Fly Differently?

Birds and bats fly very differently from one another because their wings are made differently. Bats have short wings that are made from skin membranes that are connected to their fingers and legs. The membranes stretch between their elongated fingers; these fingers resemble bones similar to a human hand. They have another skin membrane that connects their legs and tail, acting as a rudder; this is useful when catching their prey.

Note: Some birds don’t fly at all, check out my article here to discover 10 Birds that can’t fly and why they don’t need to.

Birds have wings that are stiffer and made of feathers; these lightweight feathers project backward from their fused arms and hard bones. All bird species have wings with different shapes, lengths, and feathers that aid them in flying. Birds flap their wings completely in an up and down motion; due to this, they can only move them in a few directions.

Bats and birds both flap their wings like one another, but bats use the upstroke of their wing flap; differently, it has more of a twisting wing pathway. Bats flick their wings upward and backward; they have a more agile flying technique where they can quickly dart, sharply turn and maneuver while flying. This allows bats to fly more efficiently as they use less energy compared to birds.

Differences In How They Breathe

Birds and bats have different ways of breathing to survive. Bats, like other mammals, have lungs to breathe; air goes in and comes out the same way after being processed. A bird’s respiratory system is more complex compared to a bat. They need more oxygen as they fly most of the time; they have more chambers and sacs in their respiratory system, which helps them obtain more oxygen from each breath.

Differences In Their Vision

Bats are nocturnal animals that hunt insects; hunting during the night gives them an advantage over birds to catch their prey. Bats have normal vision; the fact of “blind as a bat” is a myth. Since they are nocturnal, they use echolocation, which helps them see in the dark. Echolocation allows bats to release sound waves that then bounce off insects and other surfaces they can interpret.

Echolocation gives them the ability to estimate the shape, size, and textures of the insects the sound waves bounce off. They can then paint a mental picture of the surface or object the wave bounced off of, and they also use their ears and nose to detect the details of the object.

Birds have standard vision; they do not use sound to detect objects like bats, but rather their vision is light-based. Birds detect items from the light that reflects off these surfaces; some birds have more advanced vision, such as hawks and owls. Nocturnal birds can see at night.

They Perch In Different Positions

Bats feed, sleep, and roost upside down, which is a little strange but a well-known characteristic of theirs while birds sleep upright. The ability to hang upside down is advantageous for bats; this allows them to let go and fly instantly using gravity.

Bats use their weight to take off and fly; they use their weight ratio to lift capacity of their wings to fly. Bats find it very difficult to take off from the ground, they can do it, but it takes a lot more endurance and strength than taking off with a gravitational force. This is not the same for birds as they can fly from an upright, motionless position.

Although there are exceptions, six species of bats found in South America and Madagascar do not hang upside down. Instead, they roost inside unfurled, young banana leaves or similar-sized leaves in an upright position. They can only roost in these leaves for a short period until they open up. They can perch themselves in these leaves as they have suction cups of their wrists and ankles, helping them attach themselves to the smooth leaves.

A bird’s and bats’ musculature is structured differently to help them hold onto surfaces without falling. When a bird sits on a branch, its tendons lock its toes in a tight position automatically so it does not fall. A bat is slightly different; when they hang upside down off a ledge, their tendons pull down, causing their toes to lock. This is similar to a bird but in the opposite direction.

Summary of Differences Between Bats & Birds

Here’s a handy table summarizing all the differences we’ve discussed between bats & birds:

What Are Some Similarities Between Birds And Bats?

As we know, the main similarity between birds and bats is that they both fly. Their bodies are also streamlined, which helps them maintain speed while flying and feeding. Bats and birds have similar diets; it includes insects, fruit, or nectar. About 70% of bat species are insectivores, and the rest are frugivores.

Another similarity is that there are a few nocturnal bird species, such as owls. Owls also use echolocation to detect food and other objects when flying in the dark. Owls and bats both struggle with light sensitivity, and they have excellent hearing, which helps them hunt at night. These animals both breed in spring and are warm-blooded, which is the same for all birds.

Bats and birds are fascinating creatures, they do sometimes get mixed up when flying, but the differences make these species unique.

Birds and bats play vital roles in ecosystems; they are needed to reduce the population of insects and pests, to pollinate crops and other plants. There’s a decline in these animals’ population due to the destruction of their natural and migrating habitats and increased insecticide use.

There are conservation projects that help sustain and improve the population of these animals. They do this by conserving their natural habitats and providing them with new areas they can roost and feed. We can also do many things in our backyards and in society to help conserve these animals. 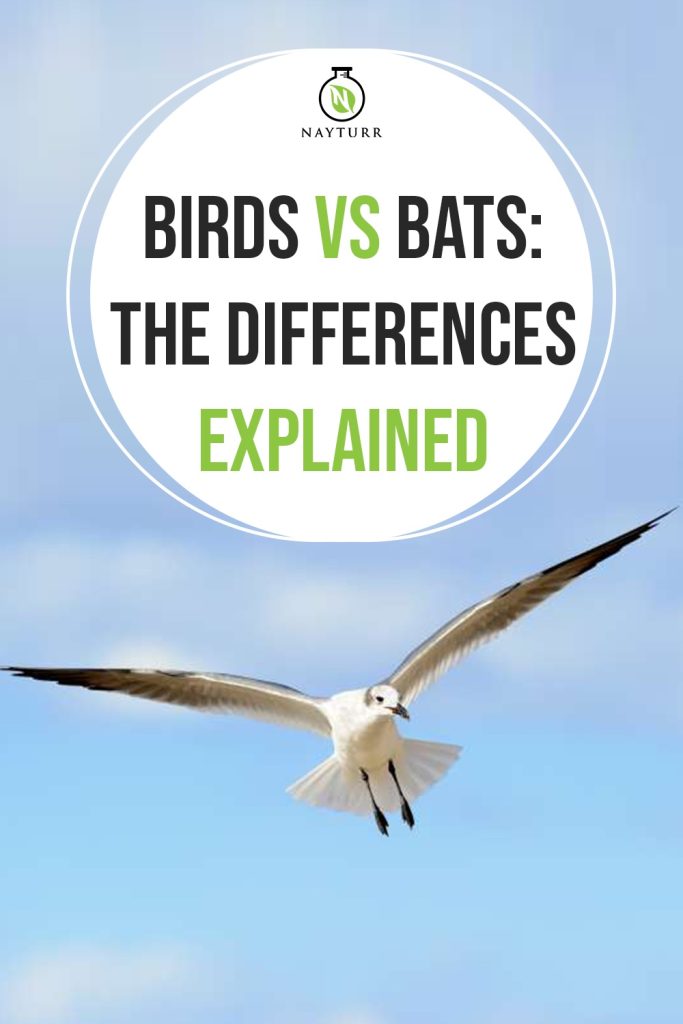