Peacocks are what we usually call the male peafowls. Peafowls belong to the pheasant family and are native to Asia. They are the largest flying birds with a length that can reach up to 5 feet. Their tails make up 60 percent of their length. They can also weigh between 8-13 pounds.

Their main predators are tigers, leopards, and mongoose. When sensing danger, these birds can hide in the trees and spend nights just hiding. Peacocks are polygamous and typically have a harem of 2-5 peahens. When abandoned, peacocks can feel sadness and heartbreak.

The Congo peacock resembles a pheasant, which isn’t surprising because all peafowl is members of the pheasant family. Small in stature and without the impressive tail feathers, Congo peacocks have upper bodies filled with bright-blue features and greenish feathers on their wings.

They are also the only type of peacock that is native to Africa. Males are roughly 28 inches in length, while the females are a tad smaller. The females also have more subtle coloring than the males, in part because they have to camouflage themselves from predators when they’re sitting on their eggs.

Because these birds are rather mysterious and haven’t been studied much, not a lot is known about them, but experts do know they feed mostly on a diet of plant parts, seeds, and fruits.

They are widely scattered in their habitat, and this type of peacock is only found in the Democratic Republic of Congo, in particular, the eastern half. It prefers lowland rainforests, slopes between streams, and a few other places.

Originating from Indonesia, green peacocks have brightly colored tail feathers that are used to court the females. They also have a fan-shaped crest above their heads, which has green tips.

Another name for this peacock is the Javanese peacock, and the female peahens are also brightly colored and have a green tint, although the colors are more subtle than in the males. The female peahens also do not have a long tail of feathers.

Of all of the species of peacocks, this is the most recognizable. Native to India, Sri Lanka, and other parts of eastern Asia, their well-known tail plumage is used in courting the females and consist of numerous bright-blue heads and blue crests.

The females of the species are a subtle brown color and have either blue or green heads, and their tails are smaller so that they can camouflage themselves when sitting on their eggs.

Colors Included in a Peacock’s Tail and Body

The bodies and tails of both peafowls species are various shades of brown and copper. There are even mutations of peacocks that are almost completely brown in color, although the mutations are rare. One known species is even a chocolate-brown color and has dark brown eyespots.

There are three types of green peacocks: the Java, the Indo-Chinese, and the Burmese, but they all have heads and necks where the dominant color is green. Both the blue and green species also have tail plumes with this color in it. Green peacocks also have various shades of green and copper, making it a quite striking animal.

In an Indian peacock, the head and the neck are a very rich shade of blue. In fact, this is what makes it look different than the green peacock. There is an eyespot on the tail plumes of both the Indian and green peacock that consist of the same beautiful shade of blue.

In addition to the main colors, there are other more subtle colors in many species of peacocks. This includes purple and even white. However, if you notice these colors in a peacock, it is not a standard peacock, but rather a mutation of the blue or green peacock. Only the mutations have these rare and unique colors.

Peacock plumes actually have quills with featherlike strands attached to them. Each one of the strands has what is known as barbules, which are filaments that look like feathers. The color yellow may not be prevalent or even noticeable in these peacocks, but if you look closely you can see it, and it certainly contributes to the overall beauty of the animal.

Although peacocks can’t fly very far, they can, in fact, fly. This is despite the fact that their tail feathers take up roughly 60 percent of their body weight and reach a span of around six feet.

They Used to Be Eaten

It sounds a little awkward, but at one time peacocks were actually eaten. In medieval times, these birds were plucked and roasted and even redressed in their feathers to look good on the dinner table. By most accounts, however, peacocks were tough and coarse and didn’t actually taste that good.

Their Tails Are Beautiful for a Reason

The reason a peacock’s tails are so beautiful is that of crystal-like structures that are very tiny and which reflect different wavelengths of light. The amount varies according to how they’re spaced, but it always results in the bright fluorescent colors we are all familiar with today.

In fact, other animals have this same process, including both shimmering butterflies and hummingbirds.

Their Feathers Are Not Always There

Peacocks are not born with feathers and in fact, the male peachick doesn’t start growing his trains until around the age of three. In fact, it is difficult to tell the sex of a peachick until around six months of age, when the males start to change color.

No Need to Kill Them

A lot of people think that you have to kill a peacock to get its feathers, but this is simply not true. After mating season, peacocks will shed their feathers, so they are easy to gather up at that time without causing harm to the animal. The average peacock lives around 20 years, so that’s a lot of feathers shed during their lifetime.

Not All Peacocks Are Green or Blue

Due to breeding, there are now peacocks that are a solid-white color. Some people think they are albinos, but they aren’t because their eye color is normal. Both males and females can be bred to be all white, and it is a stunning sight. 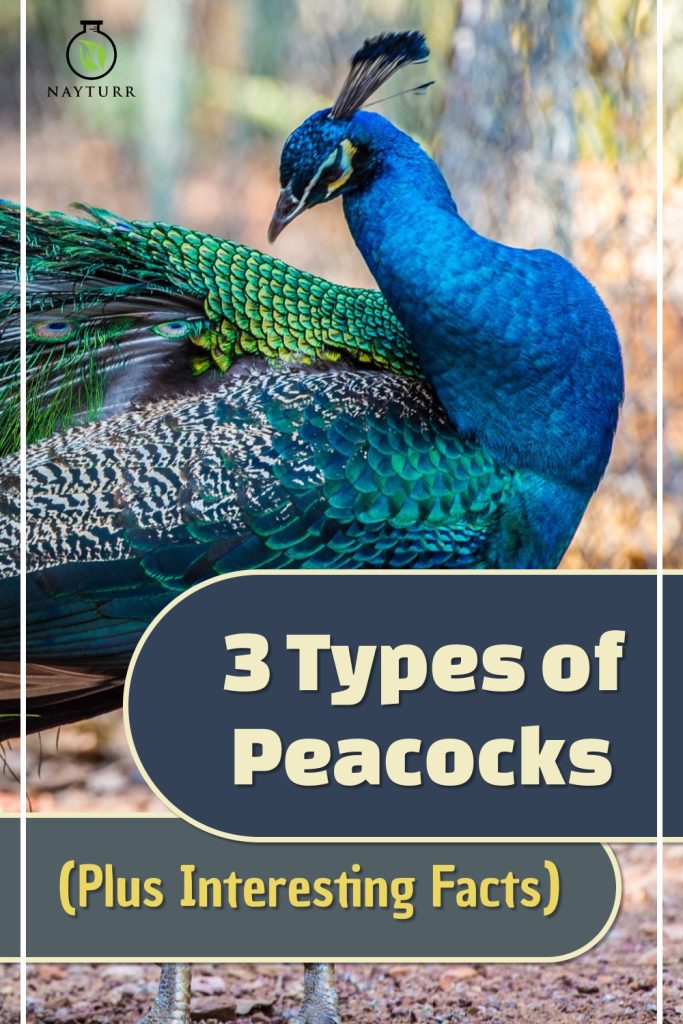