Diffusion is the physical process of the natural movement of ions or molecules. It occurs in both liquids and gasses and is important to all living organisms for many different reasons.

First of which is survival. Diffusion makes the nervous system function, promotes cellular respiration, and allows nutrients to be distributed among cells, among many others.

We may not be aware of it, but diffusion is ever-present in our lives. Get to know more about this molecular process and how we benefit from it every day.

This type of diffusion occurs when molecules move across a semipermeable membrane, without the protein channels helping the movement take place. Cell membranes are made out of a bilayer made of phospholipid, which has a middle layer that is nonpolar, or water-fearing. The middle layer is protected on both sides by water-loving, or polar hydrophilic surfaces.

When diffusion occurs across a cell membrane, this is considered a type of passive transport, and it requires no energy. Keep in mind that the cell membrane is a phospholipid bilayer and that both the inside and outside of the cell are water-based.

There is also a hydrophobic area in the middle, which is a vital barrier to anything that is charged and large, or hydrophilic. Simple diffusion allows the molecules that are hydrophobic to pass through the cell membrane, much like the hydrophobic region.

Because of this, simple diffusion provides unassisted passage of hydrophobic, nonpolar molecules that are quite small, and the passage starts at a higher concentration and goes to a lower concentration. Even if the cells are hydrophilic, tiny molecules can still slip through the membrane of the cell, simply because of their small size.

Facilitated diffusion allows for the flow of molecules down a concentration gradient and across the cell’s membrane, but the process requires help from a protein. Two categories of proteins exist that help this type of diffusion.

The first are carrier proteins, which can be thought of like a taxi cab in a cell membrane because they shuffle the molecules from one side of the membrane to the other side.

The second is channel proteins, which resemble tunnels and create a hole across the cell membrane. In these cases, channels open which allow the molecules to flow through them. Although facilitated diffusion involves proteins, the proteins involved require no use of the energy molecule known as ATP.

Molecules such as oxygen and carbon dioxide can diffuse across the plasma membrane directly, while other molecules need assistance to cross the hydrophobic core.

In facilitated diffusion, the molecules diffuse across the plasma membrane with help from the proteins of the membrane, including proteins such as carriers and channels. Because a concentration gradient exists for those molecules, they have the potential to diffuse either out of or into the cell itself by moving down through it.

Because they are polar or charged, however, they are unable to cross the phospholipid part of the membrane without a little assistance. In other words, the proteins that are part of the facilitated transport actually protect the molecules from the hydrophobic core of that membrane, which provides a route that they can cross.

In summary, the two major classifications of proteins for facilitated transport are carrier proteins and channels.

Some experts list three types of diffusion instead of two: simple, channel, and facilitated. In these descriptions, channel diffusion is considered a passive process that involves the ions and charged particles moving through a specific channel protein or pore in the wall of the cell.

In this case, no limits to the number of particles that travel through each of those channels exist. The proteins are actually embedded in the cell membrane, and they can open and close, which allows the compounds or molecules to go into or out of the cell. This type of diffusion is regulated very easily by the proteins of the membrane.

Details to Help You Understand Diffusion

The Difference Between Diffusion and Osmosis

Osmosis is a specific type of diffusion that consists of water crossing a semipermeable membrane and going into an area that has greater solute concentration. By contrast, standard diffusion often lets both solutes and solvents move freely towards equilibrium.

As a general rule, diffusion involves the net movement of molecules in a solution with a higher concentration to an area of a lower concentration. Osmotic pressure has the potential to be very powerful, and it is the only force that is required to move water from the very lowest roots to the tops of the tallest trees anywhere in the world.

If water dissolves any other substance, it is usually because the water’s molecules, which are polar, and the solute are actually attracted to one another. Each ion, atom, or molecule of solute has a charge in a minimum of one region which attracts one or another side of the water molecule.

Molecules are in random and constant motion around one another when they’re in the liquid water, but because of this attraction, the water molecules are a tiny bit more likely to move towards water molecules, rather than other solvent particles.

This is a net movement that gradually results in a more even distribution of the solute. In the process of osmosis, only the water molecules can move and equalize concentrations.

Osmosis and diffusion are, in fact, related but are not the exact same thing. With diffusion, molecules move from a high-concentration area to a low-concentration area, whereas osmosis is simply the diffusion of water across any type of semipermeable membrane.

Both processes have to do with molecules moving down a concentration gradient; however, the term “osmosis” refers to the movement of water molecules specifically, while diffusion can also involve any other type of molecules.

Diffusion and osmosis are both spontaneous in nature, which simply means that they occur without the assistance of any type of outside energy. “Osmosis” essentially refers only to the movement of water which is in a liquid state, but the term “diffusion” can also mean the movement of molecules either in a gaseous or a liquid state.

An example includes when carbon dioxide gas gets released into the center of a room, and it subsequently diffuses throughout that room until the carbon dioxide concentration is even and uniform across the entire room.

The term “osmosis” is frequently used in sciences such as physiology and cell biology. If the cell is placed in a hypertonic solution or a solution with a higher concentration of solute than that which is found inside of the cell, it results in water moving out of the cell spontaneously – or osmosis.

In both of these cases, it is easy to say that the diffusion of water actually occurred across the membrane of the cell.

Examples of Types of Diffusion

Some examples of different diffusion types include:

Examples of passive, or simple diffusion include:

NOTE: To learn about active transport, check out our article “7 Different Types of Active Transport”

One example of facilitated diffusion is when K+ ions are passed through a membrane and they are aided by a potassium transport protein, as well as glucose and amino acids that are passed with the assistance of proteins known as permeases.

Retinol-binding protein can act as a water-soluble carrier for fatty acids and retinol. Carrier proteins are molecule specific and therefore, the diffusion rate is always limited by the number of carriers. When all carriers for a particular molecule are occupied, the so-called saturation point is reached.

Substances that utilize facilitated diffusion include:

In channel diffusion, the materials pass through one end, and the ion channels open and let them pass through if solutes are also present. It is a diffusion that is carried out by a protein channel, and therefore it is also called a channel-mediated diffusion. A lot of molecules have to have help moving across the cell membrane, thanks to their polarity and size.

The proteins that are embedded in the membrane act as a gateway for diffusion. Molecules will move down a concentration gradient via a protein pore that is open, which is a process called channel diffusion. There are many practical examples of channel diffusion available, and there are many websites that go into great detail on this topic.

Active Transport: Active transport is a process that requires energy and in which there is a movement of ions or molecules that goes against a concentration gradient; it goes from an area of low concentration to one that has a high concentration.

Active Transport Occurrences: Active transport can only occur in a living tissue where there is energy from the ATP present. Active transport allows cells to take up ions or nutrients even with low concentrations of substances outside of the cell; allows the cells to get rid of substances that are unwanted when the concentration is greater outside of the cell; in plant cells, the phloem is actively loaded with sucrose; enables the Na/K pump to work with ions which move in opposite directions; enables a Ca pump to work at neuromuscular junctions in order for the muscles to contract; and in the kidney, useful substances such as ions, are reabsorbed against the concentration gradient.

Cell-Mediated Endocytosis: This occurs when molecules bind to special receptors in the membrane and are then taken into the cell via a vesicle that is created by the plasma membrane itself.

Dialysis: A process whereby the blood is filtered in order to remove toxins.

Diffusion: The movement of a molecule from its higher to its lower concentration, until it reaches equilibrium.

Endocytosis: This refers to the bulk importation of various substances into the cells.

Endocytosis Process: During this process, molecules are actually too big to fit through the membranes.

Exocytosis: This refers to the bulk secretion of large molecules from the cells.

Exocytosis Process: This process occurs when molecules are packed into Golgi vesicles or lysosomes by the Golgi and the vesicles then move into the cell surface membrane, with help from macro tubules and ATP. They then fuse with the plasma membrane and release the contents to the exterior.

Hemolysis: Refers to a situation whereby a red blood cell takes in the maximum amount of water and therefore, it bursts.

Incipient Plasmolysis: When half, or 50% of cells, are considered slightly plasmolyzed.

Isotonic: Equal on both sides.

Molecules That Pass Through Facilitated Diffusion: Only large polar molecules pass through facilitated diffusion, including amino acids, glucose, and nucleotides.

Molecules That Pass Through Simple Diffusion: Only small molecules can pass through simple diffusions, such as H2O, O2, and CO2.

Phagocytosis: Also known as cell eating, phagocytosis refers to the process whereby large molecules are taken into a phagocytic vacuole where they are then digested. The vacuole is called a phagosome.

Pinocytosis: Pinocytosis refers to the process whereby molecules are taken into a vesicle that has been formed by the membrane of the plasma; also referred to as cell drinking.

Plasmolysis: Plasmolysis describes when plant cells are exposed to an outward osmotic flow of water, which results in the shrinking of the cytoplasm, shrinking it away from a living cell wall.

Simple Diffusion: In simple diffusion, very small molecules have the capability to move through gaps that are located between the various phospholipid molecules in the cell membranes.

Turgid: This is when a plant cell has taken in the maximum amount of water. 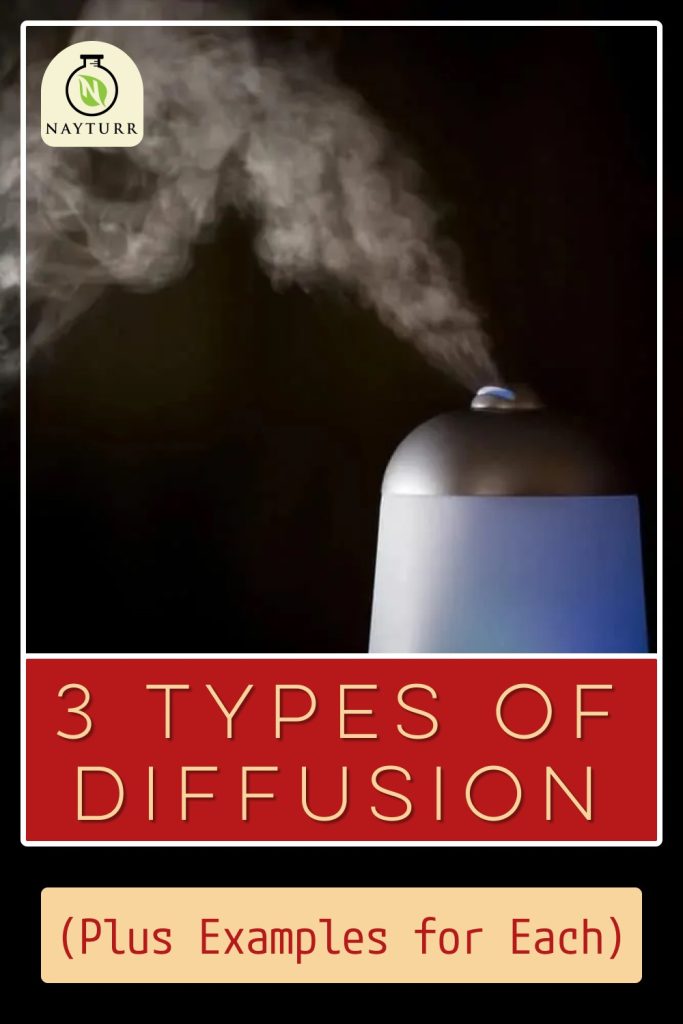