A pulley is a simple machine made up of a wheel with two raised edges. A rope or a string runs along these raised edges without coming off. This is also known as the block and tackle pulley system which utilizes the mechanical advantage of lifting a weight with only half the force to lift it.

The Greek historian Plutarch gives credit to Archimedes as the inventor of pulleys at about 250 B.C. in ancient Sicily. It is also widely believed that the Mesopotamians in 1500 B.C. used rope pulleys for hoisting water. The Stonehenge in the U.K. is also believed to have used the pulley system.

Complex pulley systems include the block-and-tackle system, which contains two or more individual drums, with each of the drums having two or more wheels that rotate on the same axle.

The rope actually loops back and forth between the drums of the pulley, which is just one of the ways that pulleys can be multiplied to accomplish the many tasks they perform.

With weaving loops that weave through the individual wheels within the drums, pulley configurations can be quite elaborate, which you can witness if you’ve ever seen a large sailboat with a single sailer that controls its sails when strong winds occur.

Complex pulley systems are often used to move extremely heavy loads; that is, as long as they are anchored firmly. In these instances, there is a reduced magnitude of force required, even though the amount of that magnitude is actually increased by quite a bit.

Essentially, the block-and-tackle system utilizes one movable and one fixed pulley to reduce the amount of force that is needed to lift the object by the number of pulleys being used. There is a trade-off, however, because you often have to pull more rope for the object to be lifted.

Compound pulley systems have both fixed and moveable pulleys, making the load feel a little lighter and enabling you to change the direction of the force. These systems are good for very heavy loads, even though, sometimes, you need more motion for the work to be done properly.

Also called a combination pulley system, it is specifically designed to make the effort you’re exerting less than half the weight of the actual load. If you’ve ever been to a construction site and watched cranes lift heavy objects made of concrete and steel, you’ve witnessed a compound pulley system.

Compound pulley systems can also consist of more than two ropes or pulleys. If you add more pulleys, it may take you longer to lift the object, but it will also be a lot easier to lift it. In fact, the more pulleys you attach to the system, the easier it will be for you to lift the load.

In addition to construction sites, compound pulleys are frequently seen on large sailboats, which tend to use several different ropes and pulleys to sail the boat.

This is a specialized pulley system that uses both the basics of a pulley system, but still adjusting for various mechanical changes. The name comes from the fact that several pulley wheels, each with a specific decrease in circumference, are stacked on top of one another, which forms a shape like a cone.

With fixed pulleys, the drum is secured to a single spot. Because of this, lifting an object this way may not be any different than if you were lifting it by hand; however, the fixed pulley enables you to change the force’s direction as needed, making it a very convenient method to use.

You can pull the load laterally if you like and it is more convenient than if you pull it vertically. The object still weighs the same, of course, but it is simply easier to lift it.

Fixed pulleys are simply machines that use a grooved wheel and a rope that fits into that groove. The other end of the rope is attached to the object you need to move. It is actually a very simple setup; however, most people are surprised by how well it works and how much easier the task of lifting becomes after you decide to utilize it.

These pulleys consist of a drum that moves while you are moving your object. No change in the direction of the force is felt, but the object is still going to feel much lighter than it actually is.

If you had to haul a large object and place it on a top shelf in a work shed or some other structure in your backyard, a moveable pulley would make that object seem lighter, even though the direction you are pulling in is the exact same.

Moveable pulleys can move freely, and if you’ve ever been on an elevator you have experienced a machine that utilizes this type of pulley system. One unique aspect of a movable pulley is that it only has one part that is attached to a fixed object, usually either a beam or a bar. 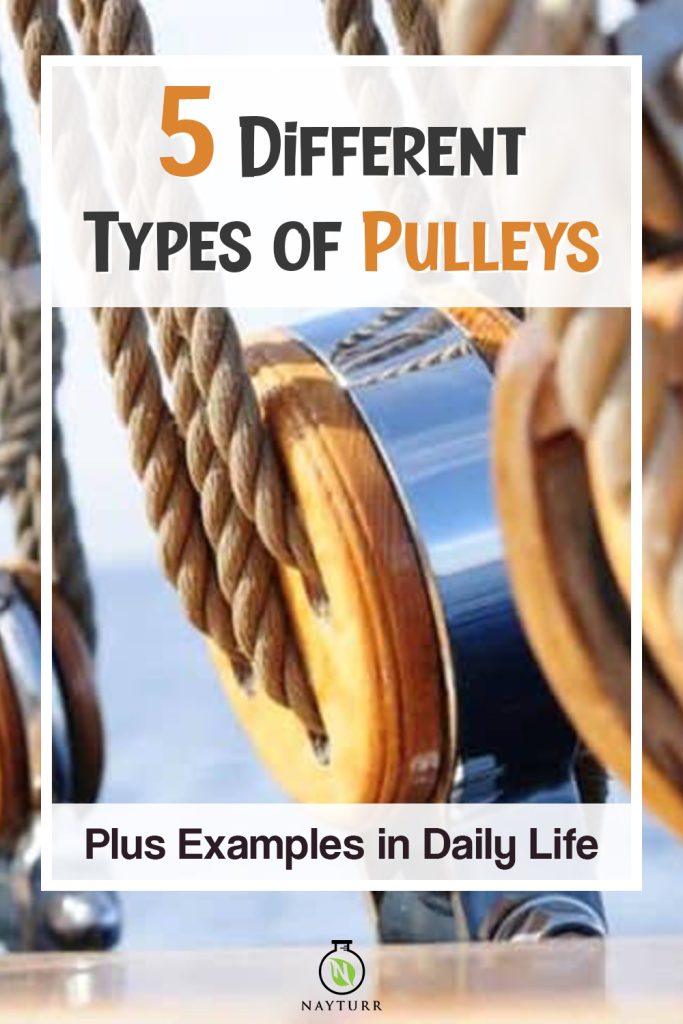