Read on to know more about this process and how it permeates our daily lives.

Also called facilitated transport or passive-mediated transport, facilitated diffusion occurs when molecules or ions are processed through spontaneous passive transport. The ions and molecules are moved across a biological membrane through certain transmembrane integral proteins.

Because the transport is passive, it does not require direct chemical energy from ATP hydrolysis during the transport itself. Instead, these ions and molecules move down their concentration gradient while reflecting their diffusive nature.

In facilitated diffusion, passive transport allows certain substances to cross membranes with the help of special proteins that are there to help transport these substances.

Substances such as sodium ions, glucose, and chloride ions cannot pass through the phospholipid bilayer of the cell membrane, but they can be transported through special proteins, including carrier proteins, which are embedded in the cell membrane.

Carrier proteins will bind to some molecules, then they will change shape and deposit the molecules across the membrane. Once this process is done, the proteins will return to their original position.

There are several ways in which facilitated diffusion is different from regular diffusion. First, in order for the transport to occur, the molecular binding between the membrane-embedded channel or carrier protein and the cargo is necessary for the activity to occur.

Filtration is defined as the movement of solute molecules and water across the membrane of a cell, and the movement occurs through normal cardiovascular pressure. In organs such as the kidney and the liver, certain functions are based on the filtration process.

In facilitated diffusion, the molecules move across the membrane cell through carrier proteins, which are found deep inside the cell membrane. In the process, the solutes move down the concentration gradient and therefore, they do not require the use of energy in order to move.

Osmosis is an actual type of diffusion and involves water molecules moving through the membrane of a cell from a hypotonic solution to a hypertonic solution. The differences between these two types of solution are simple to understand.

Why Are These Processes Important?

Diffusion allows the cells in the body to get the nutrients and oxygen they need to survive. It also plays an important role in cell signaling, which mediates the life processes of organisms. On a practical level, diffusion is important because it does the following:

One of the main characteristics of facilitated diffusion is that it prevents the buildup of unwanted molecules within the cell; it also prevents the cell from taking molecules from the external medium that might be there in high concentrations.

There are essentially three very important characteristics of facilitated diffusion, which are as follows:

In biology, some substances are hydrophilic, and proteins from membranes provide a way for these molecules to cross the membrane. In addition, they are facilitated by special proteins in order for the substances to move across the membranes without expending ATP energy, as long as there is a concentration gradient already in existence.

When proteins form pores that are very large, and these pores allow the molecules that are as small as proteins to pass, the pores are called porins. However, occasionally the molecule attaches to the transport proteins and the protein rotates, releasing the molecule that is inside of the cell.

These are known as aquaporins. Aquaporins, therefore, help transport water across the membrane of the cell.

Filtration simply refers to the movement of solutes and water across the membrane of a cell, and the movement is a result of hydrostatic pressure found in the cardiovascular system.

A great example of filtration in the human body is renal, or kidney filtration. In this process, the blood in the body is filtered in an area of the kidney known as the glomerulus.

This is done so that certain substances such as proteins and cells, which are essential to the body’s proper functioning, are retained and then selectively reabsorbed back into the body.

In other words, this describes the process of kidney dialysis, which many people rely on to stay alive, and it is all possible because of filtration.

Osmosis does two things that are extremely important to the body. It helps with the distribution of essential nutrients in the body, and it excretes metabolic waste products. Cells always have semipermeable membranes, and therefore, osmosis is the reason why liquid solvents pass through these membranes.

Cell membranes are outer coverings of the cells found in animals and plants, and they serve as a barrier that allows for the separation of the cells from their environment. The semipermeable nature of the membrane means it controls the substances that enter and exit the cell, and it also means that not every substance will enter the cell with the same amount of ease.

If osmosis didn’t exist, two things would happen; first, even toxic substances would be able to invade the cell, and second, all essential substances would spread into the surrounding areas of the cell instead of going through it.

Through osmosis, the liquid solvents needed by the body can pass through the semipermeable membranes that don’t allow solutes to enter.

Q: How do oxygen molecules move across the cell membrane?

Q: How do ions and polar molecules diffuse all the cell membrane?

A: Through facilitated diffusion.

Q: What is the main difference between active and passive transport?

Q: How is glucose transported inside a cell?

A: Through facilitated diffusion.

Q: What is the main difference between facilitated diffusion and regular diffusion?

A: Both are passive; however, with facilitated diffusion, molecules do not pass between the phospholipids but rather through a protein channel, because ions and polar molecules are unable to diffuse across the phospholipid bilayer.

Autotroph: An organism that can capture energy from chemicals or sunlight and then use it to produce its own food.

Chlorophyll: A green photosynthetic pigment that is located in plants’ chloroplasts; chlorophyll absorbs the energy of the sun to produce photosynthesis.

Diffusion: The Natural spreading of particles through a liquid or gas, always from an area of high concentration to a low-concentration area.

Exocytosis: When large substances move out of a cell; hint: think exo = exit.

Glucose: A simple sugar that is crucial in living organisms because it is an important energy source.

Heterotroph: An organism that is unable to make its own food and therefore, it gets food by consuming other living things.

Osmosis: When water molecules diffuse across a selectively permeable membrane.

Passive Transport: When substances move through the cell membrane without the use of energy in the cell; these substances include energy from the sun, oxygen, and water.

Photosynthesis: A process that involves plants and other autotrophs capturing and using light energy in order to make food from water and carbon dioxide. The roots provide water, the sun provides energy, and the air provides carbon dioxide, and later on, the plant will breathe out oxygen.

Transport Protein: A complex molecule that is embedded in the cell membrane; it helps move various substances in and out of cells.

Ultrafiltration: High-pressure filtration through a membrane that is semipermeable and whereby colloidal particles are retained while smaller solutes are forced to move across a cell membrane by forces involving hydrostatic pressure. It also refers to the process whereby particles of one size are separated from particles of another size via a medium using a filter. This is especially common in scientific and industry research for concentrating and purifying macromolecular solutions. Always associated with the kidneys.

Are Osmosis and Diffusion the Same?

Diffusion and osmosis are similar but they are not the exact same. Diffusion occurs when the molecules move from an area of high concentration to a low-concentration area, whereas osmosis involves something more specific—the diffusion of water across a cell membrane that is semipermeable.

In both of these processes, molecules move down a concentration gradient, but with osmosis, the term refers specifically to the movement itself, whereas diffusion can involve molecules of any type. Diffusion and osmosis are both spontaneous processes, which means they always happen without the input of any type of energy from the outside.

Osmosis refers only to the movement of water which is in a liquid state, but diffusion refers to the molecules’ movement in either a gaseous or liquid state. An example of this includes carbon dioxide gas, which will slowly diffuse throughout a room when it is released in the center of the room.

In fact, it will continue to diffuse in this instance until the concentration of the carbon dioxide is uniform and even across the entire room.

People mostly in the fields of physiology and cell biology utilize the term osmosis. If you place a cell in either a hypertonic solution or a solution with a higher concentration of solute than that found inside of a cell, water will move out of that cell spontaneously, which describes the process of osmosis.

On the other hand, if you place a cell in either a hypotonic solution or a solution that has a lower concentration of solute than what is found inside the cell, water will spontaneously flow into the cell.

However, this process is also described as osmosis. In both of these cases, it is easy to understand why most people say that the diffusion of water occurred across that cell membrane.

Although you won’t find these terms in every book on passive transport, here are a few other processes that many experts agree should be part of this activity.

All substances have a boiling point; for instance, the boiling point of water is 99.8 degrees Celsius, or roughly 212 degrees Fahrenheit. Once water reaches this boiling point, the particles of water start to transform from a liquid state to a vapor state.

Evaporation put simply, is when water enters a vapor state from a liquid state without actually reaching its boiling point. Other examples include the drying of your clothes even though they were never exposed to sunlight, and water that flows to the central cells of a leaf and the xylem cells of the leaf’s veins, via the entrance into intercellular spaces. Other examples of evaporation include the following:

Also called bulk flow and mass transfer, mass flow refers to the movement of fluids down a temperature or pressure gradient, and the term is used mostly in the life sciences.

Both students of biology and fluid dynamics study mass flow, and examples include water transporting in vascular plant tissues, and simple blood circulation. Other descriptions of mass flow include the following:

In the field of biology, the above definition – a mass transport system – is just an arrangement of physical structures whereby materials move in the form of a fluid, and the fluid contains particles of those materials that travel in one direction – usually through a system of tubes – from one or several exchange surfaces within an organism to cells that are located throughout that organism.

Examples of mass transport systems include the following: 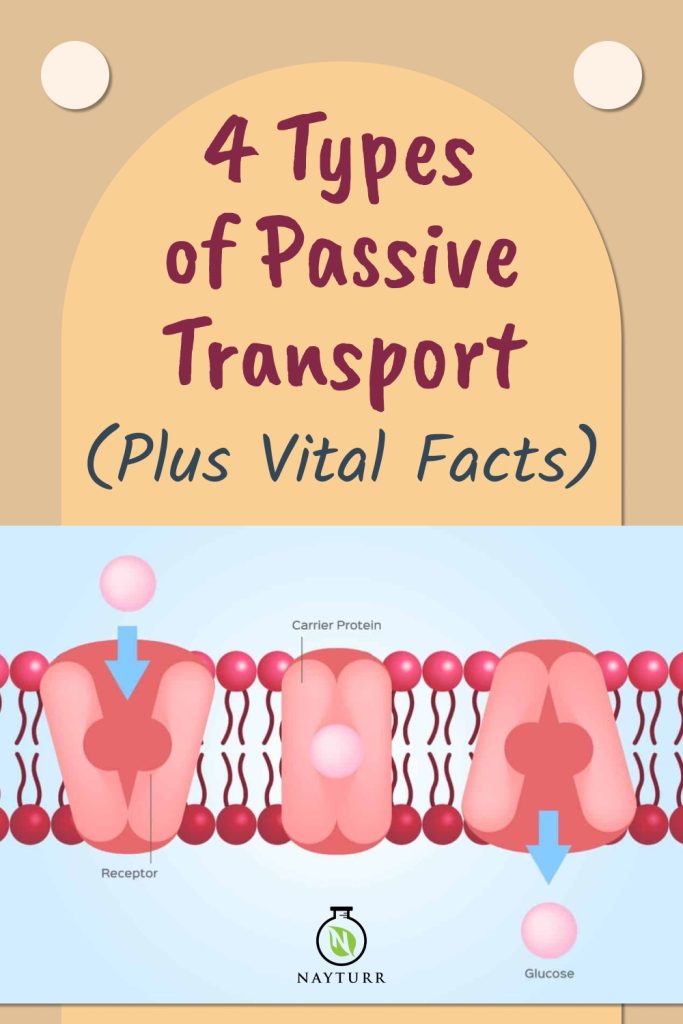