Crabs belong to the crustacean family and have over 4500 species. They vary in size from the Pea Crab which is 0.27 to 0.47 inches in length to the Japanese Spider Crab that spans 12 feet from claw to claw. These invertebrates are omnivores and consume algae, fungi, bacteria, other crustaceans, mollusks, and worms.

Crabs are very old creatures, dating back to the Jurassic Period which was 200 million years ago. Some species are now endangered because of habitat loss as well as intensive hunt which leads to 1½ million tons of crabs cooked alive every year.

FUN FACT: Lobsters and crabs come from the same family. Check out our article “15 Different Types of Lobster” for more information.

Bairdi crabs have short tails and are very specialized. They have five pairs of legs, the first one containing pincers, and a body that is made mostly of a shell or a carapace that has a small abdominal flap.

They are also called Tanner crabs and are a variety of the Snow crab. They are decapods that can get up to four pounds in weight, and their diet consists mostly of clams, worms, and other crustaceans found on the ocean bottom.

Bairdi crabs are also called “true” crabs, and their pincer claws are in the front of their legs. In recent years, Bairdi crabs have suffered due to overfishing, which has resulted in strict controls being placed over fisheries that specialize in this type of crab.

Of all of the Snow crab varieties, this type of crab is by far the largest, and it can be steamed, boiled, grilled, sautéed, or even roasted.

The Latin name for blue crabs means “beautiful swimmer,” and the name suits it well because it is a beautiful, blue-green-colored crab. Found quite frequently on the Eastern coast of the United States, blue crabs can be from 3.5 to 5.5 inches in sizes, sometimes larger.

Even though they are a beautiful blue color, they do change to a reddish color as other crabs when they are cooked. They have meat that is tender and sweet, and they are some of the most heavily harvested animals on the planet. They are bottom-dwelling omnivores whose males can reach up to nine inches in the width of their shell.

Also called a robber crab or a palm thief, the coconut crab is the largest land-living arthropod in the world, getting up to nine pounds in weight and up to sixteen inches long.

Moreover, each long leg of the Coconut crab can be as wide as three feet in span, although their maximum size isn’t reached until they are roughly forty to sixty years old. The reason they are called

Coconut crabs are that they love coconuts and will even climb trees to get at them. It is also a variety of the Hermit crab, although it doesn’t have a shell when it is fully grown as those crabs do.

Coconut crabs eat meats, nuts, fruits, and seeds, and one aspect that makes them unique is their inability to survive for long periods of time under the water – in fact, they will eventually drown if they are underwater for too long.

Found frequently in territories around the Pacific and Indian oceans, Coconut crabs only have two distinct predators – other Coconut crabs and human beings.

Dungeness crabs are very large, usually weighing from 1.75 to 4 pounds, and they have a color that is purplish-brown. They are found in the waters from Alaska to the Baja area of Mexico and are named for a town called Dungeness, which was formerly found in Washington State.

In order to be harvested, they are required by law to be a minimum of 6.25 inches in length, and only the males are allowed to be harvested. They have a sweet, succulent flesh that is pink in color, and their prime season is Winter time.

Dungeness crabs have very hard shells and five separate pairs of legs. They are captured mostly through hooks and lines, baited pots, nets, and even by hand. Most Dungeness crabs live approximately ten years, and because of their taste, there is an extremely popular type of crab to eat.

Hermit crabs are usually purchased as pets for children because they are fun to play with and very small. There are roughly 1,100 species of Hermit crabs, divided into seven different families.

They use gastropod shells that hide their soft abdomen as they grow larger because without these shells they are open to a predator’s attack. Not only do the shells protect the abdomen, but the crabs can also hide within them whenever necessary.

In fact, Hermit crabs consider their shells so important that they are known to kill other Hermit crabs in order to steal their shell. With Hermit crabs, lifespans and sizes vary greatly and in fact, they can live anywhere from a few months all the way up to thirty years.

If they live in the wild, Hermit crabs are very social and live in colonies that are quite large, which might be because they are always on the lookout to steal another crab’s shell.

Because this crab looks like a horseshoe, this is how the item gets its name. One of the most interesting aspects of horseshoe crabs is that they have been around some 500-million years, and they are found along the Atlantic coast from Nova Scotia to the Yucatan, as well as Asian coasts, the Philippines, and India.

Although their shell-to-meat ratio is relatively small, they are still edible and very tasty. They are very commonly found on Florida beaches, and they have a spike-like tail that many people consider dangerous, even though it is completely harmless.

Of course, this is not to say you should pick up a horseshoe crab by the tail, because that action can harm the animal. Horseshoe crabs have ten eyes and in fact, are not really crabs at all, being more closely related to animals such as scorpions, ticks, and even spiders.

Often called the Alaskan King crab, the Russian crab, or the Japanese crab, these crabs can get up to 25 pounds in weight and up to ten feet in size. Although the King crabs are quite large, only about one-fourth of it is actually edible – mainly the claws and the legs.

Like other types of crabs, it is only legal to harvest the male King crabs, and the meat is snowy white with a yummy, delicate flavor and an outer edge that is bright red in color.

Until around 1997, these crabs were a throwaway product and were considered of little use by most lobster fishermen. They are essentially sand or Maine crabs, but once the name was changed to “peekytoes,” their popularity took off. They can also be called rock or bay crabs, although the rock crabs are usually actually a type called a snow crab.

Peekytoe crabs have white meat with little specks of pink and a very sweet flavor that is enjoyed by all types of chefs. In fact, this type of crab is very popular among chefs nowadays, because that’s how good the meat is, in part because you can use this crab in everything from salads to crab rolls and much more.

Found along the Eastern coast of the United States as well as other bodies of water, rock crabs have legs that make it look like a spider, which is the reason they can also be called spider crabs.

Other names include Queen crabs and tanner crabs. Snow crabs found in the Bering Sea can be found approximately 650 feet below the surface, in sandy or muddy environments.

Over their lifetime, Snow crabs usually migrate from shallow to deep waters. They also have a unique form of protecting themselves, as they usually use one of their legs – which contains a small circular groove at the base – to snap off a leg should it be held by a predator or get entangled to the point where it cannot escape any other way.

This is not a problem for them, because they can grow another leg from the scar where the last one was found.

Stone crabs have large claws that are very hard and have a lot of meat on the inside. With stone crabs, only the claws themselves are eaten, and since crabs can regenerate their claws every eighteen months, fishermen often twist off a claw and toss the crabs back into the water, leaving them with one claw to defend themselves.

By law, stone crabs have to be boiled for seven minutes, after which they must be frozen or put on ice. This is because, without freezing, stone crabs can have an iodine taste that is not very pleasant.

If chefs wish to learn which claws have the most meat, they float them in a tank of water. The crabs with less meat will float to the top of the tank, and they then sell those crabs as “lights.”

With a firm texture and a taste that is sweet and succulent, stone crabs have to be 2 to 2.75 ounces in size. They are usually cracked open with a mallet and served with a variety of dipping sauces.

Check out our article about “15 Different Types of Lobster” 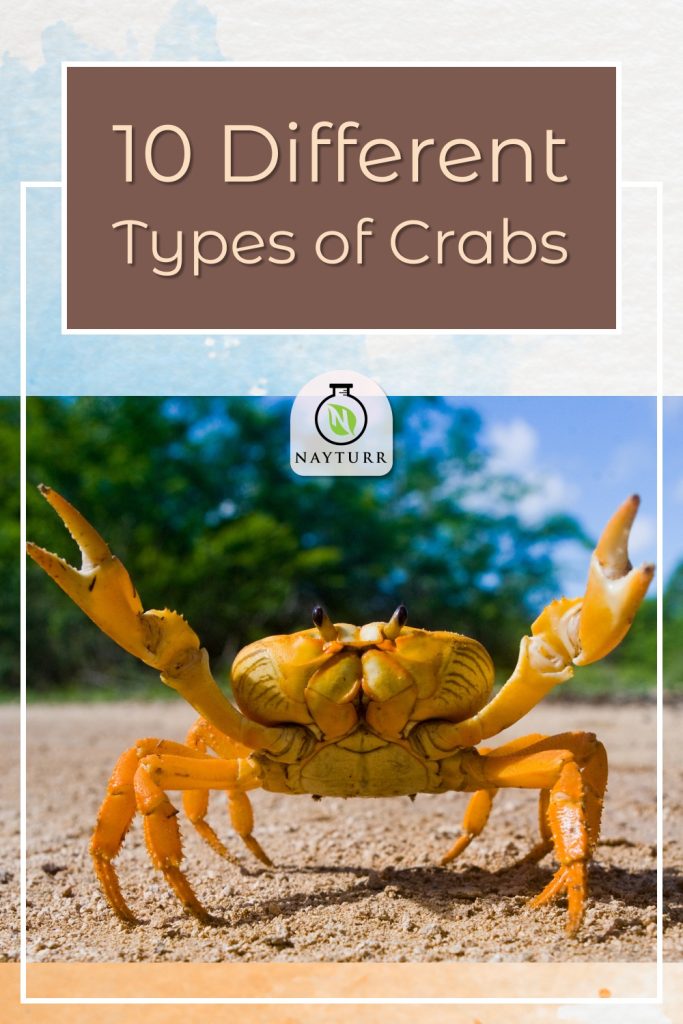