The microscopic, single-celled organisms called ‘bacteria’ have been around for millions of years, even before mankind came into existence.  But despite being the oldest life form, not everyone is aware of the innumerable types of bacteria present in this world and the various roles they play in maintaining harmony and balance in nature.

Did you know that there are more bacteria on your tongue than there are people in this world? Or that all the bacteria in your body collectively weigh about 4 pounds? From bread and yogurt to dirt and even inside animals and humans, bacteria are literally everywhere!

Here, we have gathered info on more than 16 major types of bacteria that can be found all around. Keep reading to learn more.

After all, these infinitesimally small creatures deserve a moment in the spotlight too.

Types of Bacteria According to Shapes

Before the advent of DNA sequencing, scientists classified bacteria according to their shapes and other biochemical properties. The following are the main types of bacteria based on different shapes.

A spiral or coil-shaped bacteria

Types of Bacteria According to Cell Wall Composition

Bacteria are classified into two main types depending on the results obtained when a sample of bacteria is tested by the Gram Stain Method.

This refers to bacteria that lose the crystal violet stain color in the Gram Test and gain a red color instead. This means they have a thin cell wall made up of a certain substance (i.e. lipopolysaccharide).

This refers to bacteria that give positive test results, which means they have a thick cell wall that is made up of a protein called peptidoglycan.

This phylum of thick-walled bacteria includes microorganisms that can be terrestrial as well as aquatic. Actinobacteria play a significant role in maintaining soil conditions and are, therefore, of huge importance in agriculture and forestry.

Their contributions to the soil system primarily include decomposing dead organic matter and regulating the amount of nitrogen in the soil so that plants can grow up healthy and strong. Actinobacteria are also found abundantly in freshwater bodies but most of their species are known to cause diseases in humans. However, Streptomyces, which is the largest genus of actinobacteria, is a major source of many antibiotics.

Aquificales are a further categorization of the class Aquificae. As you might have guessed from their name, Aquificalesare commonly found in ‘aquatic’ regions. They are a diverse collection of microorganisms that are well known for their ability to survive in harsh environmental conditions.

For example, Aquificalesthrive in volcanically or geothermally heated environments have temperatures that can reach close to boiling point or even higher. In pools, springs, lakes and even oceans, this type of bacteria is the primary contributors for fixing carbon in the surroundings.

Bacteriodetes is a type of rod-shaped and gram-negative bacteria that can be either aerobic or anaerobic and can be found in the soil, sediments and in seawater. But don’t panic when we say that this type of bacteria might be present inside your body at this very moment.

Yes, you read that right. Bacteriodetesoften lives in the guts as well as on the skin of humans and several other animals where they serve specific roles. But the bad news is that most of them aren’t really good for your health.

For instance, some bacteroidetes lead to an imbalance of short fatty acids in your body while some can lead to the production of other toxins. Worse scenarios may also include neurological disorders. Plus, they are quite resistant to antibiotics mechanisms.

Chlamydiales live in animals, insects, and protozoa. They are obligate intracellular bacteria meaning that they are able to survive or exist only in a particular environment or by assuming a particular role. The common Chlamydia bacterial infection consists of these microorganisms.

This type of bacteria is also called Cyanophyta or blue-green bacteria because of their appearance when viewed under a microscope. Hence, the term ‘cyan.’

Cyanobacteria survive by obtaining their energy through photosynthesis and are the only prokaryotes that possess the ability to produce oxygen on their own. This gas is synthesized in flattened sacs called thylakoids.

An interesting fact about cyanobacteria is that they are believed to have led to the Great Oxygenation Event that changed the composition of the earth’s atmosphere and almost led to the extinction of all anaerobic life forms.

Also known as extremophiles, is a type of bacteria that is famous for being resistant to harsh environmental conditions. They have a cell wall that is remarkably thicker than most other species of bacteria and thus give Gram-positive stains.

What makes the cell wall so strong is the presence of a second cell membrane. But ironically, the properties of this membrane make Deinoccus-Thermus similar toGram-negative bacteria at the same time.

These microorganisms can live off the nuclear waste and toxin materials, survive in vacuum and severe heat and cold as well as remain unaffected by radiations.

Dictyglomi or dictyoglomi is a thermophilic microorganism, which means it thrives in harsh conditions or very high temperatures to be more specific.

These bacteria source their energy through the metabolism of organic molecules. Dictyglomiis is of huge importance in the papermaking process because it helps the manufacturers save

resources. This is because Dictyglomi produces an enzyme that helps break down sugar. This property is then employed in treating the wood used for manufacturing paper. As a result, producers achieve a bright white paper that is otherwise not possible without the use of strong and expensive bleaching agents.

Firmicutes get their name from the combination of Latin words firmus (meaning strong) and cutis (meaning skin), i.e. they have a very strong cell wall. Therefore, mostFirmicutes are gram-positive but a few of these species have a porous pseudo-outer-membrane that leads to negative results in the Gram Strain test.

Firmicutes play a significant hand in spoiling various liquids like cider and beverages like beer and wine.

Fusobacteria is a Gram-negative bacterium that was first discovered in the late 19th Century. This type of bacteria is anaerobic in its nature, which means that it is poisoned by normal concentrations of oxygen in the atmosphere and therefore, cannot survive in regular conditions.

Though it will be killed in the open air, Fusobacteria can thrive inside the human body where it is known to cause a wide range of infections such as tissue necrosis, septicemia, tropical ulcers, and even intra-amniotic infections. Cases of premature labor also reported the presence of Fusobacteria as a factor.

Forming over 2% of the bacterial communities in soil, Gemmatimonadetes are said to be one of the top nine organisms found in soil composition. Although the first species of Gemmatimonadetes was discovered from a sewage treatment sample in 2003, this type of bacteria is believed to date far back to about 3 billion years ago.

Gemmatimonadetes are more abundant in dry soil types than in soils that are rich in moisture.

Planctomycetes have an ovoid structure, pretty much like a micro version of an egg that you might come across. They are aquatic bacteria and commonly found in most water bodies be it fresh water, seawater or even brackish.

These exist as regular cells but can grow into a flagellated swarmer cell which enables them to swim for a while in search of ideal conditions where they can reproduce.

This thin cell-wall type of bacteria consists of a wide range of pathogens including the well-known salmonella. Most of the Proteobacteria are free-living microorganisms and play a vital

role in nitrogen fixation. They were named after Proteus, the Greek god of the sea owing to the fact that just like the god of the sea was capable of assuming different forms, these bacteria were also found in various shapes and forms.

Learn more about protists in our article “10 Different Types of Protists”.

Spirochaetes or spirochetes are spiral or coil-shaped microorganisms that can vary from 3 to 500 micrometers in length. They are notable for containing a double membrane and are distinguished from other bacteria by the location of their flagella.

Spirochaetes are responsible for a wide range of diseases including syphilis, yaws, Lyme disease as well as relapsing fever.

Tenericutes which means soft skin, got their name because of the fact that they are devoid of cell walls, giving them a ‘soft’ texture. These microorganisms are the primary pathogens in mucus and therefore known to exist in respiratory tracts. Tenericutes are rarely found free-living in nature.

These types of bacteria are hyperthermophilic because it can survive in exceptionally high temperatures. This characteristic of Thermotogaes makes them useful in various industrial processes whereas these microorganisms have been said to be a promising source for the production of energy renewable energy as an alternative to fossil fuels.

Compared to the other bacterial phyla, the phylum of Verrucomicrobia is relatively small as it contains only a few species discovered so far. These microorganisms have been found in samples of fresh water, soil as well as human feces.

Surprised to know how many bacteria can be living within humans? Not all of them are bad though. To make sure that only the good ones survive inside your body, eat a healthy and balanced diet and exercise regularly as this automatically wipes out the harmful bacteria. 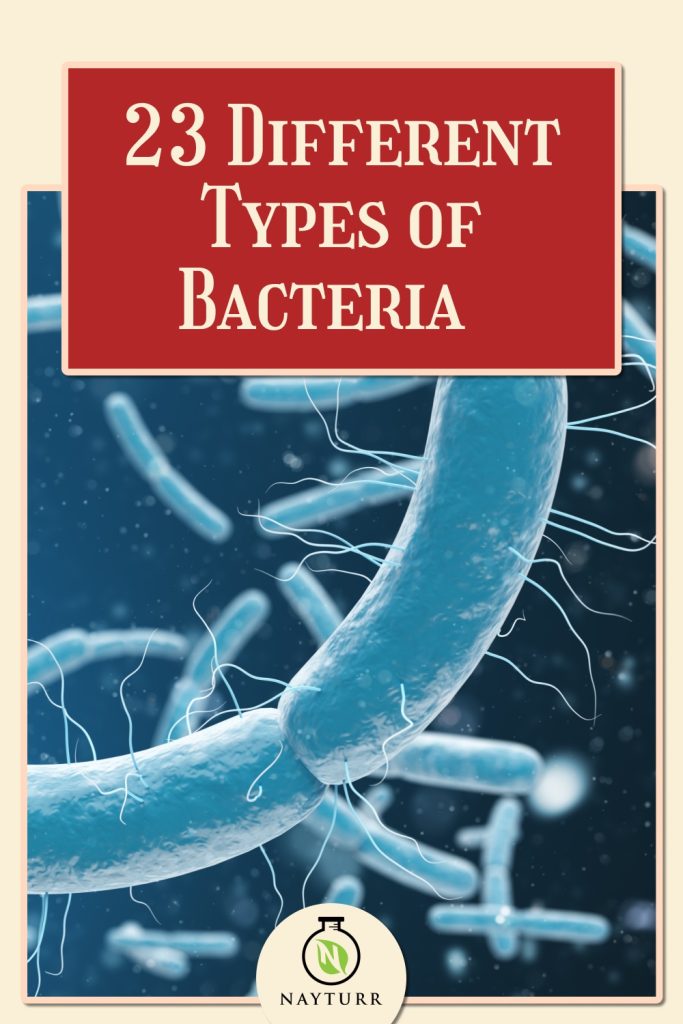