Birds are incredible creatures, and not just because most can fly. They withstand long migrations. Many bird nests would put a master weaver to shame. There are even birds that survive our world’s coldest climates. It makes you wonder: can birds move their eggs?

Not all birds can move their eggs or newly hatched chicks. There are, however, a number of myths on “abandoned nests,” nests in “dangerous” locations, and what to do if a baby bird is on the ground. It’s important to know when you are helping or hurting.

Can Birds Move Their Babies to Another Nest?

Yes, some ground birds can move their eggs by rolling them. And some birds can transport their chicks. For example, coots, grebes, and loons transport their babies on their backs. Swans are also famous for acting like a floating feathered bus for their cygnets.

Emperor Penguins are masters at moving eggs and chicks, so much so, they don’t have nests. Instead, the eggs and newborn chicks sit on their feet, well off the ice, and are kept snug by a skin pouch on the underside of the male penguin’s body. Wherever dad waddles, so does the egg.

However, moving eggs and babies does take a lot of energy, and most birds don’t have the fat reserves of an emperor penguin. Sometimes between raising a family and hunting for food, the parents do not have enough energy to spare for moving their eggs or babies if there is a predator.

This is why some nests are abandoned, even by breeds that theoretically could move an egg or chick.

But birds don’t abandon their nests as easily as people often believe. For example, a lot of people forget birds don’t have babysitters. While some birds can go extended periods without eating, (like Emperor Penguins), many will have to leave their eggs unattended for a while each day to get nourishment.

Also, once babies are hatched, most birds have to do a lot more hunting to feed themselves and their growing brood. This requires many trips out of the nest.

In fact, there are a lot of myths out there about birds and their nests/babies. Let’s tackle some of them…

Myth #1: Eggs ‘Just Lying Around’ Should me Moved to a Safer Spot

You may have come across a birds egg/nest that seems to be in a dangerous spot, like on the floor for example. Many of us will assume that this happened by mistake and feel the urge to move it somewhere safer, like up in a tree. But this is not the best thing to do!

Ground birds don’t always make obvious nests. Killdeer, for example, often lay their eggs in nothing more than a slight indent amongst a bunch of stones. Which has people trying to help by either moving them to a “better” location or by “softening” the nest with grass and other comfy-looking stuff. This is bad, as human interference gets killdeer eggs eaten or lost!

Killdeer actually can and will move their eggs if they decide their spot is no longer ideal. However, they lay them in the gravel on purpose. Their speckled eggs blend in with rocks, which allows them to be overlooked by predators. If you “line” their rock nest, the eggs stand out and will be eaten. Also, their chicks won’t mind the rocks. Killdeers are born for this.

Moving eggs to a “safer” spot is also wrong because the parents won’t know where you have put them. In addition, birds don’t have a great sense of smell, so they can’t “sniff” them out, either.

If you are absolutely convinced the spot is dangerous, like on the edge of your driveway, try putting up a barrier on the “bad side.” The barrier should be as minimal as possible and as far from the nest as is feasible. The aim should be to make sure humans don’t drive or step on the nest without making the parents nervous or drawing the attention of predators.

If there truly is a nest that must be moved, call in professionals to assess and manage the situation. In many places, moving a nest on your own is illegal.

Myth #2: Birds Abandon Their Nest or Babies Due to Human Scent

Birds don’t abandon their nests easily, especially if there are chicks present. Birds do not have a great sense of smell. Thus, unlike some animals, birds will not avoid a nest, eggs, or chicks simply due to a human’s scent.

Now that doesn’t mean you should put every bird you find on the ground back in its nest. It’s actually better to keep an eye on it from a distance if you are concerned. Often the parents are lurking about as the baby learns.

When Should you Rescue the Chick and Put it Back in Its Nearby Nest?

If the chick is sparsely feathered and can’t hop, walk, or grip a finger tightly, you should look for its nest and, if found, return it.

However, if you are constantly messing with the nest, then that’s a problem. You really shouldn’t be touching nests with eggs or chicks in them unless you have a very good reason.

Myth #3: If a Bird is Not Sitting on Eggs, then They Need Incubation

In fact, there is never a need to try and incubate an abandoned egg. There’s a couple of reasons for this:

Myth #4: Chicks Get Cold When Parents Aren’t in the Nest with Them

This popularly held belief is also not true. In fact, most birds don’t sleep in the nest with their chicks after they’ve passed the initial nestling stage.

As soon as the babies have enough feathers, they no longer need the warmth of an adult. Besides, it soon becomes too crowded!

And although many of us see the bird’s nest as it’s home, adult birds don’t actually live in their nests. Most just perch on a branch when they need some shuteye. Nests are like the human equivalent of a crib and nursery.

Myth #5: Orphaned Chicks can be Moved to Another Nest

Nature is harsh. Sometimes those parents are not out hunting but dead. In this case, it is natural that you want to help. But moving those chicks over to the next available nest isn’t the answer.

Birds know how many babies they can handle. Their clutch (the total eggs laid for that season) is the parents’ limit. Hunting for the chicks’ food takes an enormous amount of the parents’ energy. Sneaking new chicks into the nest risks the health of the whole brood. Also, new chicks might have parasites or disease which could infect the other babies.

Before panicking, assess if the orphans really need help. Sometimes one parent is left, and then they’ll probably be fine. Sometimes the chicks were about to leave the nest anyway, so again, they’ll be fine.

However, if you have monitored the situation and know they require care, contact a professional for help rather than moving them to another nest or trying to take care of them yourself.

Raising a wild bird takes know-how, and it is also illegal in many places. Doing it wrong could both damage the bird’s health and also prevent it from ever returning to the wild.

Many sanctuaries are filled with birds that people tried to rescue on their own. It is better to let the sanctuary take the babies now, so they are only in captivity temporarily rather than the rest of their lives.

Myth #6: It’s Best to Remove a Cuckoo’s Egg from Another Birds Nest

You spotted a cuckoo laying an egg in a poor magpie’s nest. After reading how birds struggle to cope with extra babies, removing the imposter’s egg looks like the kind thing to do. But is it?

Manuel Soler, an evolutionary biologist, found the answer to this question while studying how cuckoos get other birds to raise their chicks. It turns out it isn’t because magpies are too stupid to know it isn’t their own egg or chick. It’s because cuckoos are bullies.

Soler’s team did remove some cuckoo eggs from some magpie nests to see what would happen. The result was mayhem. Like a mob boss, the cuckoos came back and punished the magpies, smashing their eggs, injuring their chicks, and destroying their nests!

Thus, trying to help a magpie by removing a cuckoo egg will cause more harm to the magpie than if you leave it. Unfortunately, nature can be a harsh place to live sometimes.

While not all birds can move their nests and babies, some can. A lot of harm to birds, however, comes from human’s misplaced good intentions. Birds often know what they are doing. Give them space and observe if you are concerned. If it truly is a bad situation, call a professional for help. 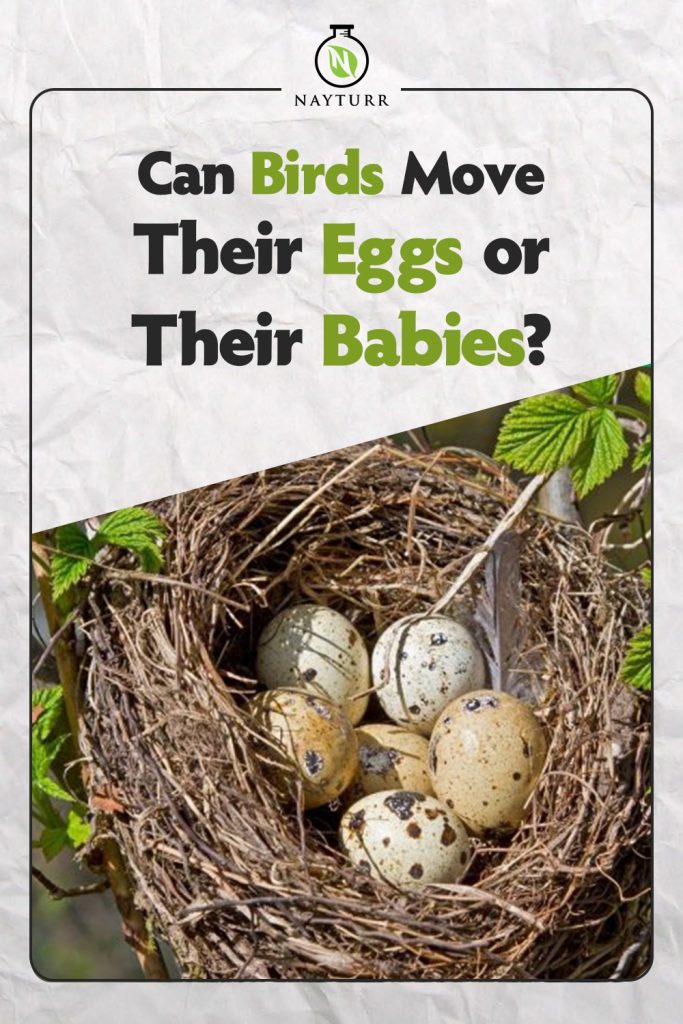