It’s no secret that animals have very diverse digestive systems. Compared to humans, they have entirely different organs that may vary depending on what kind of species they are. With that in mind, you may be surprised to find out that some animals don’t even have stomachs. But how do animals without stomachs eat? Isn’t that impossible? I recently read a few studies about this, which helped me to understand how eating and digestion work for them.

For certain animals, not having a stomach is completely normal. They don’t need a stomach to eat or survive. Their living conditions do not hold any purpose for a stomach either. Their anatomy comes as is, because it is the most optimal build for their lifestyle.

If you’re curious about which animals don’t have a stomach and how they can survive without one, keep reading and I’ll explain some of the interesting facts I found in my studies.

Related: “15 Animals with More Than Two Eyes & Why They Need Them”

Do All Animals Have Stomachs?

Depending on their species, an animal’s digestive system could be composed of one stomach or multiple stomachs. This is all based on what kind of food they eat and how they choose to eat their food. Here are a few examples of some animals and how many stomachs they have:

FUN FACT: It’s also possible for an animal’s anatomy to be missing a stomach. Animals like the platypus have no stomach at all.

How Many Animals Don’t Have a Stomach?

It would be hard to name every single animal that does not have a stomach. There are various animals whose bodies do not require a stomach, including a large population of the species of fish called teleosts.

Overall, the group is filled with more than 30,000 different species of fish. Among these fish, there is at least a quarter that does not have a stomach.

Even then, there are still other animals to add to the list. With that, it can be difficult to provide an exact number of how many animals that lack a stomach. Instead, here are a few examples of fish (under the teleost group) that are known to have no stomachs:

Some may argue that the puffer fish does have a stomach. After all, it can only expand its body by puffing its ‘stomach’ up. However, an article by National Geographic explains that pufferfish technically do not have a stomach.

Based on their anatomy, they have a sac where their stomach would be but in this context, they’re classifying the stomach as an organ that aids digestion. Since the puffer fish’s sac does not secrete acid or assist with their digestion in any way, it doesn’t count as a real stomach.

Other Animals Without a Stomach

Although teleosts make up a large population of animals without stomachs, there are still other animals that can be classified under the same category. This includes the following:

As you can see, there are still a few types of underwater species mentioned in the list. We have the chimera, which can be considered a relative to sharks and rays. There’s also the lungfish, which received its name due to its ability to breathe air and even live out of the water if the situation comes down to it.

FUN FACT: One in four bony fishes is found to lack a stomach in their bodies.

The platypus is possibly the best known for not having a stomach, as it supports their diet and lifestyle. Similarly, the echidnas also lack a stomach. However, this can be expected because the platypus and echidnas belong to one family called Tachyglossidae.

Is It Unsafe for Animals if They Do Not Have Stomachs?

No, it is not unsafe for them at all. On the contrary, it is what allows them to eat and survive comfortably as they can fulfill all their needs even without a stomach. It’s similar to how some animals possess organs that we humans don’t.

Some animals’ anatomies come with special organs like photophores and venom glands, which help them hunt or protect themselves from predators. Humans have no need for these organs, which is why we don’t have them. The same goes for animals that do not have a stomach.

Why Don’t Some Animals Have Stomachs?

There are many possible reasons why a certain animal does not have a stomach, but here are a few interesting reasons that I found from the studies I researched.

#1: They Lost Their Stomachs as They Evolved

A real, acid-secreting stomach for animals first originated 450 million years ago when they developed in vertebrates. The early beginnings of their stomachs were only composed of glands that worked to release chemicals to assist in digestion. Over time, these glands evolved into a stomach and eventually disappeared as well.

Researchers are still attempting to discover the exact reason why these animals’ stomachs disappeared. However, a suspected reason is that their bodies simply align with their needs over time.

FACT: The organs in animals’ bodies exist because it sustains their current living conditions. If their way of life and survival changes, then their bodies will most likely evolve to adapt to the new conditions.

#2: The Change was Caused by Genetics and Their Diet

According to National Geographic, an animal’s diet and their genes work hand-in-hand as a reason behind them losing their stomachs. This process first started with a gene called pepsinogen. This gene supports digestion but can only function in acidic locations. The acid is produced by gastric pumps in turn.

This has not been confirmed but researchers suggest that an animal’s diet contributes to its anatomy. If they regularly consume food that neutralizes acid, such as shellfish, then the body would not need acid to digest what they eat. If their bodies disable the gastric pumps, then the efficacy of pepsinogen will naturally be affected. Over time, they eventually just disappear as the animal’s diet continues to change.

Such a change isn’t unheard of at all. It can be seen in the platypus, which primarily feeds on larvae but will occasionally eat shellfish.

FUN FACT: Since platypuses do not have stomachs, their gullets are directly connected to their intestines.

How Do Animals Without Stomachs Eat?

It depends on the animal. How animals eat and digest food without a stomach depends on their diet and way of life. For example, I found research conducted by Ryan Day from the University of Queensland.

Day became intrigued with the stout longtom, which is a kind of fish that does not have a stomach. The stout longtom’s diet is composed of small underwater creatures, such as crustaceans or small types of fish. They have a very unique way of eating, which inspired Day to pursue the study.

Unlike most animals and humans who chew their food, needlefish like the stout longtom do not. While they do have teeth in their mouths, they are mostly meant for catching their prey and not chewing it. Instead, the stout longtom swallows its prey whole. Day was interested in how the digestion process for this fish worked, especially since it swallows its food entirely.

With the absence of acids and chemicals to break down food, how do animals eat without stomachs?

Day led a group of researchers as they performed chemical tests to learn more about the stout longtom’s digestion process. In animals that have a stomach, digestion is naturally supported by the acidity inside the organ. Based on the findings of the study, these fish can survive and feed efficiently because their bodies have a similar enzyme called trypsin.

Since a stout longtom’s diet is mainly composed of protein-rich sources, their bodies use trypsin to break down the protein and help the fish digest their food more efficiently.

FACT: Overall, stomach acid is still a more effective aid for digestion compared to trypsin. However, trypsin is enough to sustain the fish’s dietary and digestion needs.

Is It Possible for Them to Regain Their Stomach?

It’s unlikely that these animals will ever regain their stomach. Since the gastric acid pumps and pepsinogen genes are no longer considered a vital asset to their digestion, their bodies have little to no traces of them anymore. In order to develop a stomach, these animals would have to evolve over time once again.

However, this is only a theory and has not been confirmed. Overall, there is currently no supporting evidence that these animals are capable of developing stomachs once again.

Some organs aren’t necessary just for certain animals. Clearly, the stomach is one of them. Over time, animals have developed their unique ways of eating and digesting their food, depending on their body’s needs.

While it may seem odd that these animals lack an organ that we humans consider essential, it only reminds us that we live amongst a diverse set of species that are interesting and functional in their own ways. 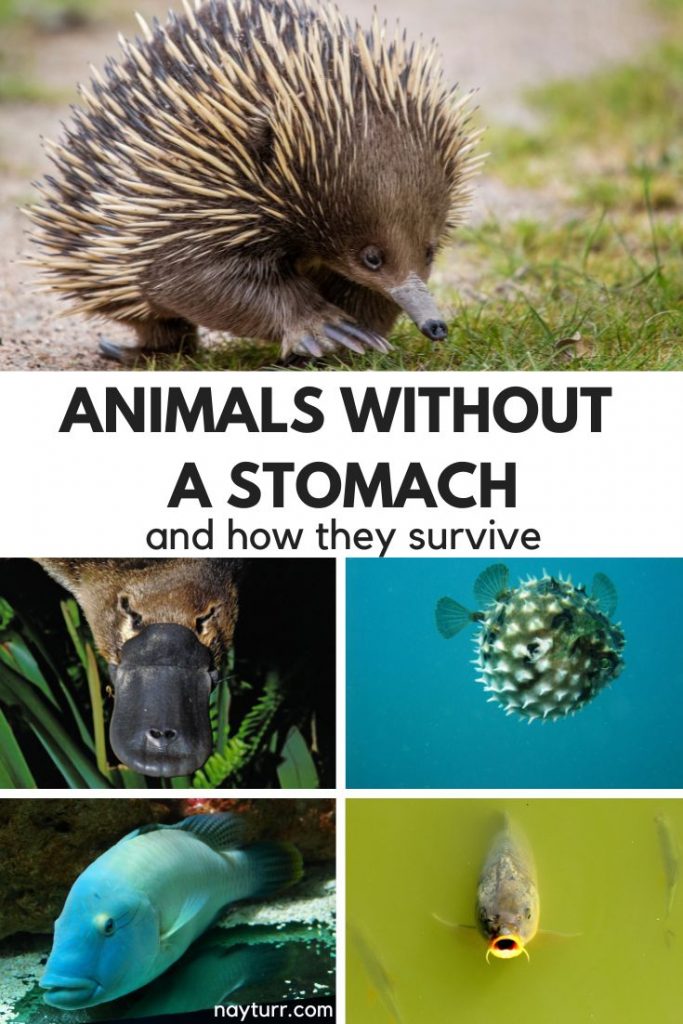